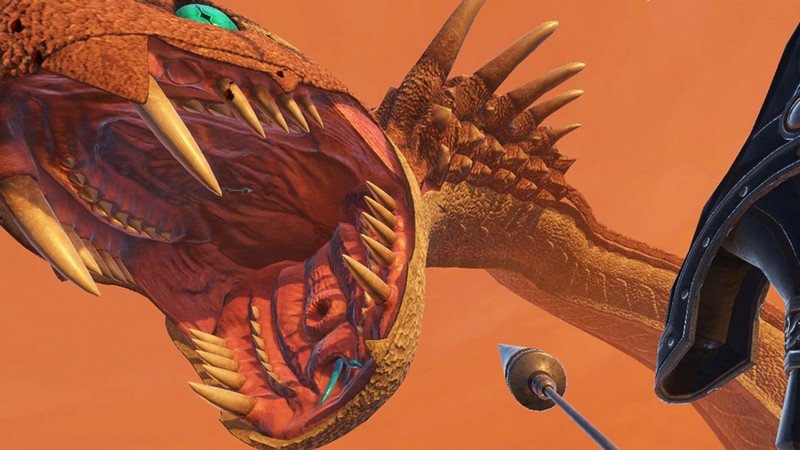 Released Jul 2017 3.9★
■A FIRST-PERSON ACTION GAME TO BATTLE GIANTS
You will be facing ferocious attacks from the giants.With your skills alone, you must come out victorious by defeating all the giants!

■THE BATTLES DEPEND ON YOUR MOVEMENTS!
Move exaggeratedly to avoid attacks from enemies.You can change weapons instantly according to the situation.
Pick the best weapon to defeat the monster you are facing!

■EARNS YOUR POINTS BY “AWESOME ACTIONS”
You will get extra points for ”Awesome Actions” such as avoing attacks at the last moment, or delivering head shot.Don’t be a chicken like hiding behind a shield or crouching all the time!
Compete with players from all over the world for the top score!

■KEY TO VICTORY
Which weapon will you choose when fighting a giant?Your judgments, boldness, and endurance are the key to victory.
Don’t be afraid of the powerful attacks of the giant, exterminate the enemies stylishly! 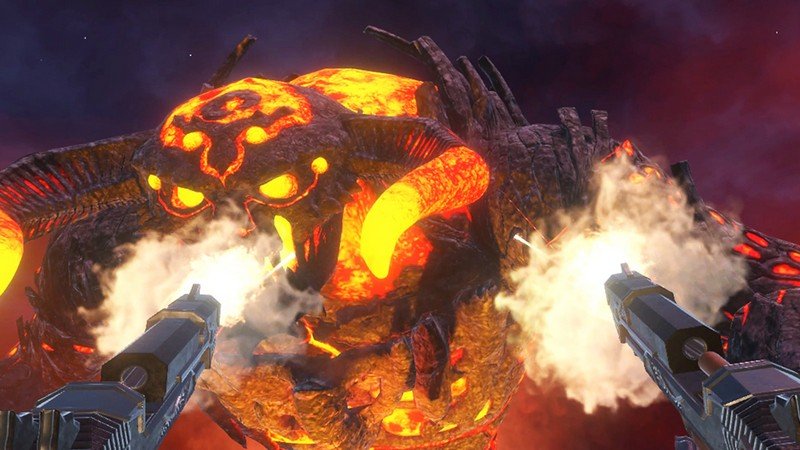 laurent
Feb 01, 2018
★★★★★
Nice start! I like type of game like God of war on PS. VR is very efficient when dimension of environment, enemies is beyond size of even a big flat screen.

Greenlit
Jan 04, 2018
★★★★★
There’s never been a gaming experience that delivers such colossal impact on the player quite like this. The entire experience from training to completion can be finished in roughly 30 minutes, which is all the more reason to dive in, get a workout, and sweat your way to victory. This heated, high impact arcade-action experience is sure to impress VR veterans and newcomers alike.

Something Cool
Oct 20, 2017
★★★★★
So, so fun. You’ll get a workout playing this. The inventory design is incredibly novel – reach for your belt for a gun, reach over the shoulder to pull out a sword. Crouching and dodging physically makes it really enjoyable.

spamera
Dec 25, 2017
★★★★★
Awesome game to play. Is only a few big enemy boss, really big, big, big enemy boss. Is ideal for subscription, is a short game but is awesome. A game to show the VR posibilities.

Elaine
Dec 22, 2017
★★★★★
Such a fun game!!! It’s thrilling yet not scary. Great graphics and controllers are easy for beginners. I even had my mom play it right away and she got it. The other reviewers are totally right in that you work up a bit of a sweat doing it, so be prepared for that

MattAmoroso
Nov 05, 2017
★★★★★
A total blast! The only problem is that you work up such a sweat that you start to fog up. Take frequent breaks or get good ventilation.

Jasen
Sep 19, 2017
★★★★★
This was my first VR game, loved it and it is still the best one I have played so far.
There are 3 stages you fight a small army then a boss for the first 2 then the last one is just a mega boss.
You can equip 4 items on different places on your body and grab them as need.
there are 3 difficulty settings and you can get achievement for using certain weapons for replay value, and you can get a light work out.
I give it a 4.5 stars do to some small problems.
1. Swords and shields why do they drop if you let go of trigger/grip and nothing else seem to?
2. Hand grenades, It is extremely hard to pull the pins. controllers smacking into each other trying to find the tiny sweet spot that you can reach the pin.
(Why not use the thumb on same controller to pull the pin? I see you can move your thumb but have found no use for it.)
3. At the menu desk game bounces a bit sometimes

Jack
Jun 22, 2019
★★★★★
I wish there were more levels, but that’s the same will all my favorite games. The combat feels good, it’s great to hit things. The bow and arrow, for example, feels so powerful when you hold and shoot it. I love the concept and I love this game!

kranklbap
Jan 21, 2018
★★★★
It’s a fun game sadly it is extremely short. It does have some replay value with using different combinations of weapons. If they could add more levels this would be a complete 5 star however only 3 levels isn’t the cap for this game. I believe it can do more. 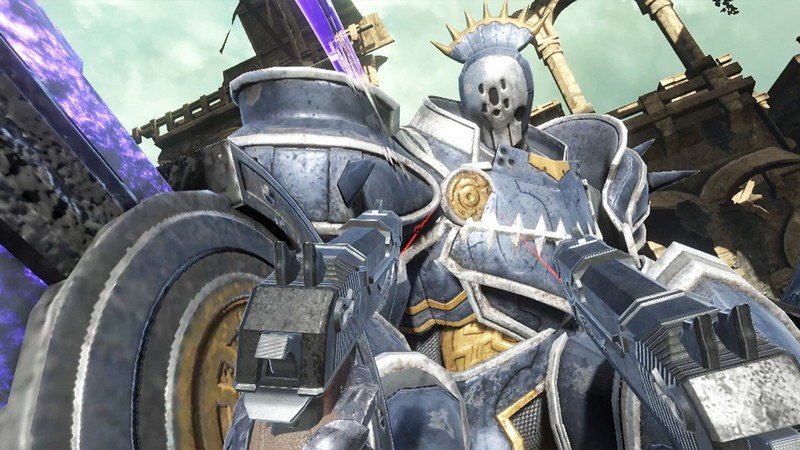 Crazily
Jul 29, 2017
★★★★
I found this game to be really fun. I only played the first level so far but it was a blast, fighting the first boss was amazing!! Hope to see more like this and continued improvements!!

Johnny
Sep 10, 2017
★★★
Needs to be patched – intermittent sound effects really kill this one – Could be one of the best games for the Vive…….if it gets fixed.

chroma
Aug 20, 2017
★★★
Would give more if I didn’t have to hold triggers the entire time i’m wielding a sword. Grip-n-grab is the best way to go please update then 5 stars.

Ron
Feb 07, 2019
★★
Compared to other wave shooters it just feels clunky. The scale of the monsters is cool the scale of the player’s weapons is silly.

Simon
Jan 31, 2019
★★
Mediocre graphics, wave “shooter” with swords and guns, plus a shield. Very limited movement. Just too many of these waves shooters in VR and this one didn’t draw me in at all. Might be fun for kids.