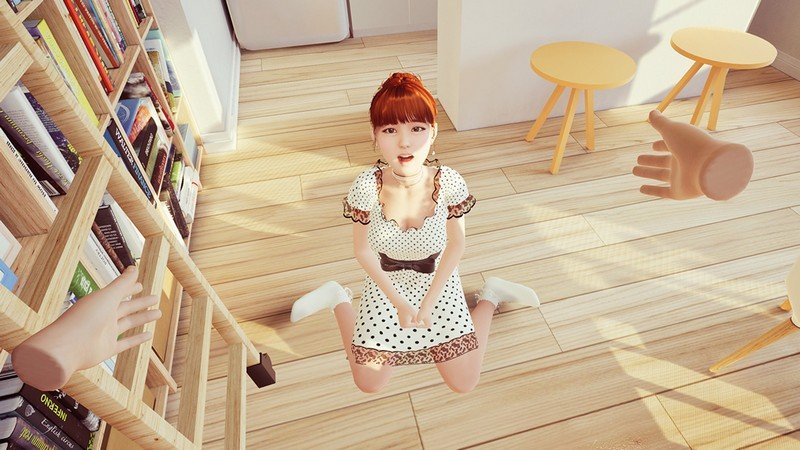 TOGETHER VR is a virtual reality experience that allows players to experience everyday life with Hoshihara Mei in their own private den.
The game offers players the opportunity to play different games with Mei and enjoy couple-like interaction. Players can also transform into digital warriors and engage in an exciting space battles.

Features:
▪ Exquisite pictures and atmosphere, with rich real experience.
▪ Use the motion controllers to communicate and interact with her in a variety of ways.
▪ Fully experience immersive virtual reality with crouching or even lying prone.
▪ Dazzling special effects and life-or-death situations for you to challenge.
(also playable on Oculus Rift) 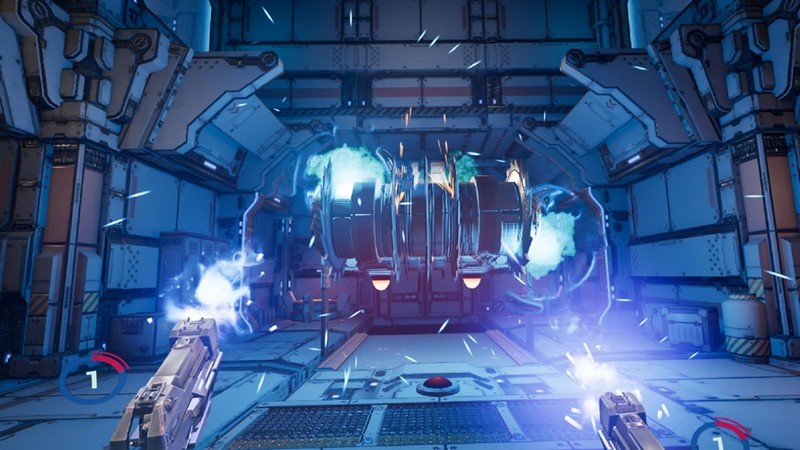 Harry McMurray
May 26, 2018
★★★★★
Saw this game on a youtube playthrough, I like the concept. Would be great if her Language could be changable in a menu as subs are near impossible to see on vive. She’s very cute and the devs know how much we like her physics effects! Would love to see a feature to teleport in the 1st section as she was stood outside my chaperone area, which unfortunately is also marked with some very solid walls! I hope you add more!!!

1. Outstanding job on Mei!
Fantastic modeling, texturing, rigging, skinning, animating, Look IK, blend shapes, voice, dialog, cute personality, fun to be around, but could use some work on the boob physics so they’re not so loose

2. Great job on the apartment!
Looks extremely photoreal on my Vive Pro! Although the surrounding city could improve from just a flat texture, not really a big deal

3. Could use some type of locomotion to move around the apartment

4. Some of the games take a bit too long
i.e. I had to get really close to the dart board to win. Also Rock, Paper Scissors, took a really long time to win all 9 games.

5. Some more cool activites like watching tv with Mei (like someone mentioned) I think would be a good time.

So overall, this game has room for improvement for sure, but Mei was done so well that I give this game 5 stars! Great job devs!

Martin
Feb 20, 2019
★★★★
great VR app—–have not got the hang of playing darts yet but somehow I’ll beat her
would recommend it/ lots of fun

Peter
Jan 26, 2019
★★★★
awesome work on facial structure, and the eyes are extremely well done.
art at its finest.
totally worth the price
(especially with mods :3)

Wasted
May 23, 2018
★★★★
First the good: The graphics, sound, etc.. on this game are WAY better than I thought they’d be. Just watching the character move and her facial actions are what this experience is all about. And at that, it is a success.
Now the bad: Other than a fun dart game, a shooting laser tag-ish type game, and a rock, paper, scissors game.. the game can get boring fast. Needs more small fun games to keep it interesting. The laser tag game is by far the most fun and the most surprising part of this experience. I really enjoyed that level. 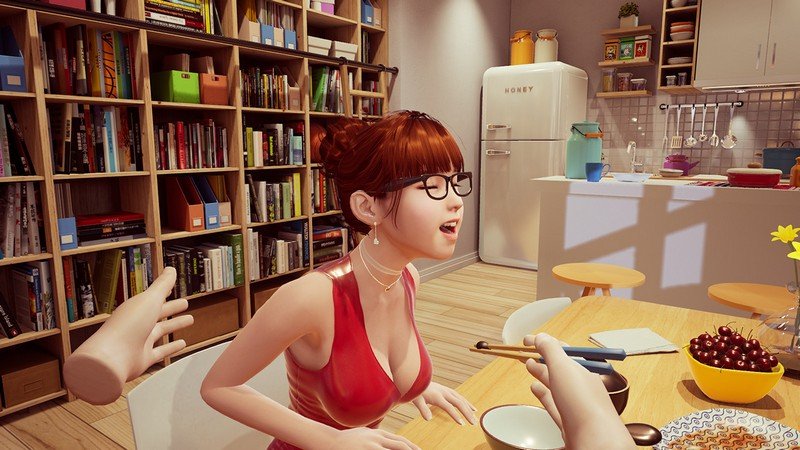 Sean
May 14, 2018
★★★★
Very unique and fun game. More casual and relaxed, (except the VR within the VR. That can be a work out). Smooth gameplay, good graphics. We all wanted a longer game but good games do that. I could see a series where you box a guy to defend her. Basically a nice, scripted segway into each game. I hope to see more from Aurora. Hit me up for ideas for part 2 “With You, Date Night”. lol.

Michal
Dec 28, 2018
★★★
I played the game about an hour and showed it to my brother too.
Interesting concept, Mei is pretty, but without many more animations and sentences is it quickly getting a little bit boring.
PS: And by “too near kissing” I would preffer fade screen black than viewing inside mesh of Mei´s scull..

It looks pretty but there is barely any gameplay here.

Picked it up in a sale for half price so will give 3 Stars based on the price.

Karen
Apr 30, 2019
★★★
It’s an okay short game and has potential. It would be a lot better if you could interact with her outside of the minigames you play with her, if she said a few more things than repeating the same few voice lines or if you could interact with the apartment. I tried picking stuff up off the table and my hands were just going through it sadly. I found it amusing that you could jiggle her boobs but your hands go through the rest of her body 🙁

NerV
Apr 10, 2018
★★
I trialed this game from my free 6 months sub for buying a Vive pro or should I say a short interactive demo.

This game took me about 30 minutes to play from start to finish. I cannot see any replay value after one playthrough.

The graphics were pretty impressive, the games simple and fun and the controlls simple and easy to use. There is no movement in the game, just basic interactions.

The female speaks Japanses or Chinese, I am afraid I cannot tell between the two and has english subtitles.

The charactor is very anime style from the voice, movement and clothing. It is pretty obvious that the creators of this game/tech demo has never actually seen breasts move. One tap and they fly everywhere, one small movement and they try and fly off her chest.

At the end you do get to see between her skirt and see her box.

This game is not my cup of tea! It was free to try and tried I have.

Алексей
Mar 05, 2019
★★
It is pretty nice graphics, but much boring gameplay. Have to long wait while VR-wife making her move in mini games and you cannot do anything in game area at this moment.

Josh
Apr 11, 2019
★
Not worth the time or money. Three simple games that you can get free anywhere. If all you want to pay for jiggly chest, I’m sure you can find better elsewhere.