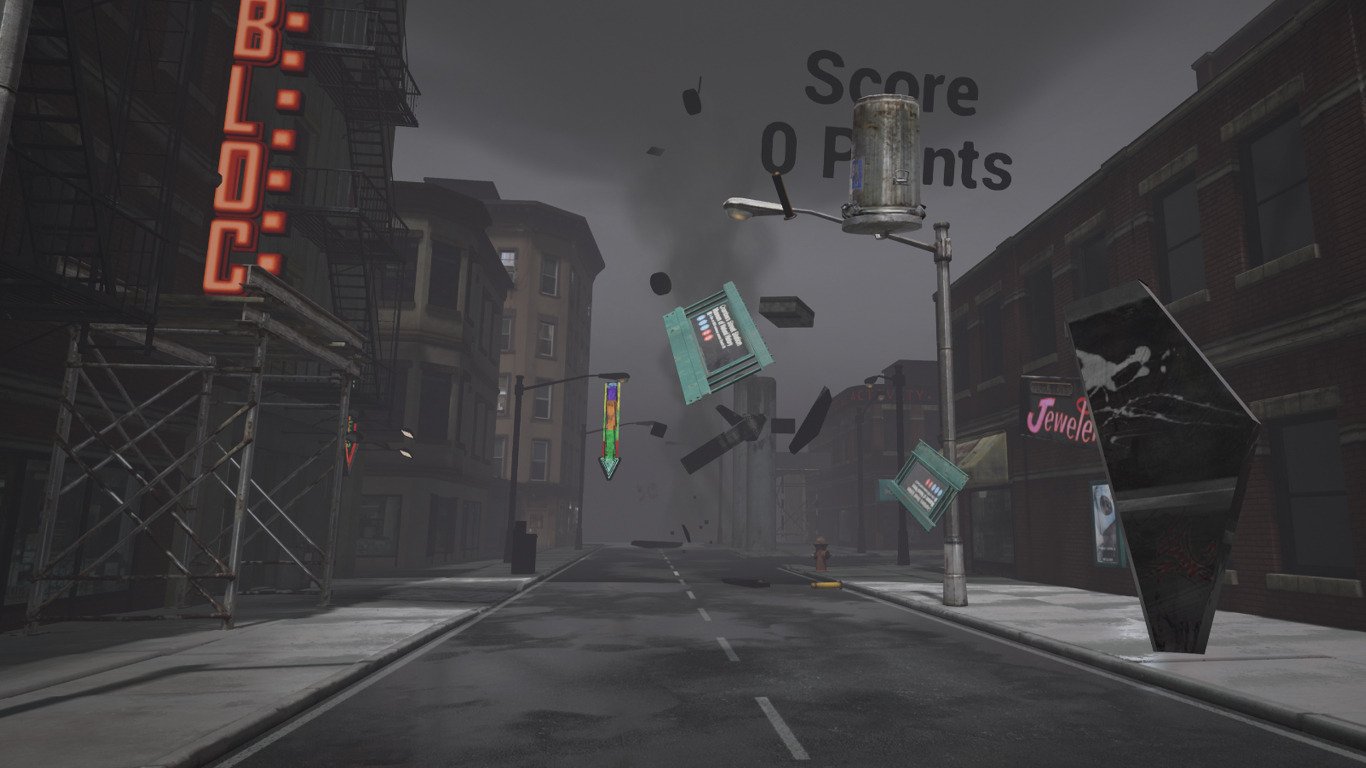 Released Jan 2018 2.0★
Humankind has faced earthquakes, volcanoes, floods and hurricanes—but the most dangerous natural disaster is a weather phenomenon known as the “Tornuffalo.”

A “Tornuffalo” is formed when a layer of warm, moist air meets a layer of cold, dry air which meets a herd of angry buffalo.

Note: A true meteorozoologist would explain that “buffalo” is an informal term that, in this case, refers to American bison.

Dodge fire hydrants, vans and even bison in this room-scale VR game. Hit gems to score points. Make sure to have ample space, and play with the “chaperone grid” on so you don’t run into a wall!

The regular mode for this game is played one-handed with a single Vive controller. If you have 2 or 3 Vive trackers, you can take advantage of “full body” mode for this game. Simply attach two trackers to the tops of your shoes and one on the back of your belt. Set the options for the trackers in Tornuffalo’s “Graphics and Settings” menu. 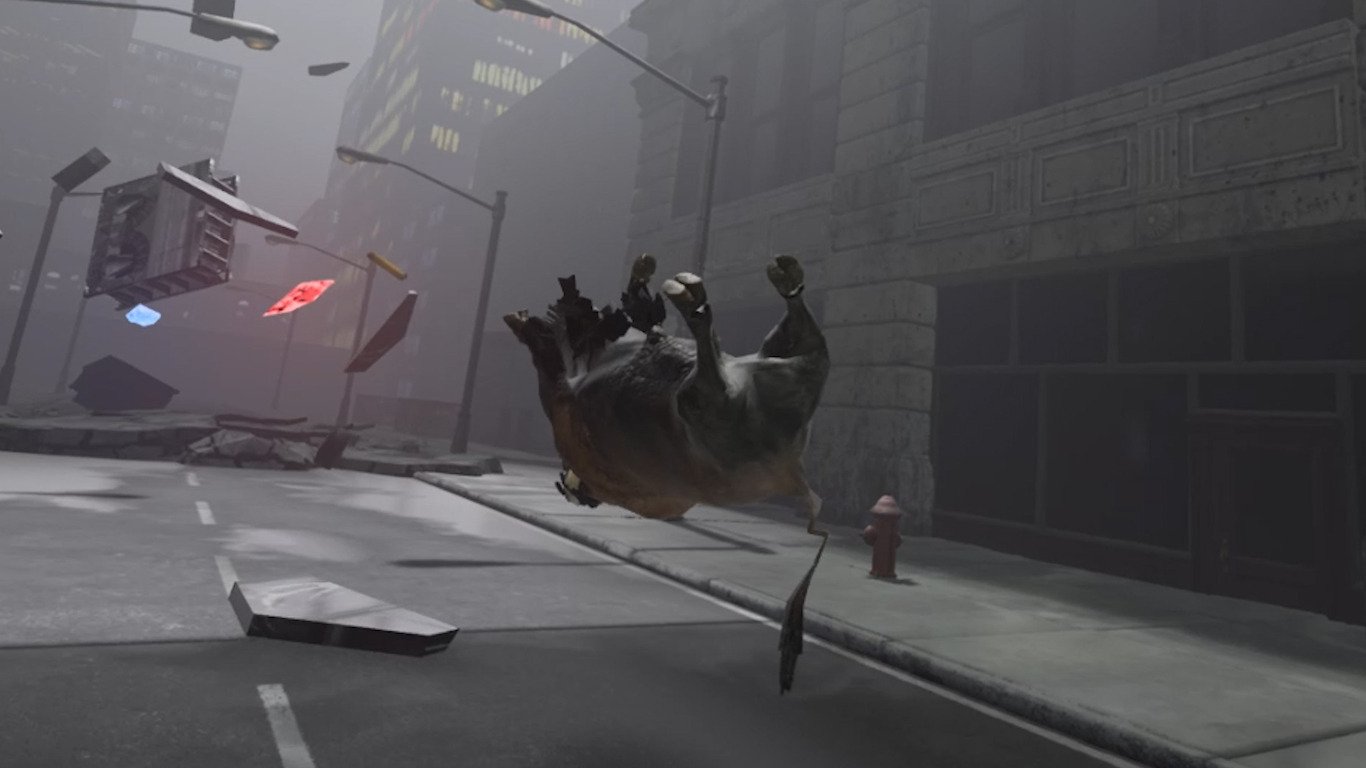