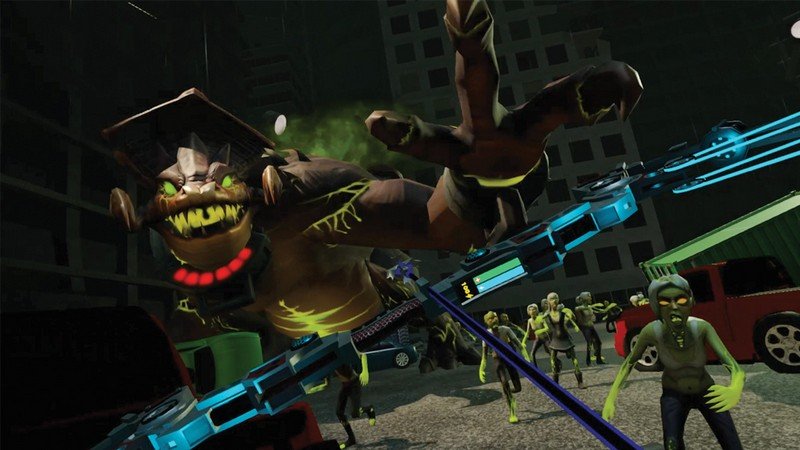 Released Jun 2017 4.0★
Twisted Arrow is a first-person shooter that gives players adrenaline-packed arcade style action. Armed with a top secret combat bow and an arsenal of devastating arrows, you must traverse and fight your way through a city occupied by a high-tech army, mechs, zombies, and chemical monsters.

Twisted Arrow is a full-tilt, no-holds-barred VR-FPS that gives players an adrenaline-packed arcade style game play. Experience urban warfare as never before by immersing yourself in this frenzied fight for survival. THIS IS NOT A WAVE SHOOTER, but a FPS that lets you traverse through a vast city, up and down tall buildings, and position yourself in strategic areas to make the perfect head shot or try using an explosive arrow to launch NPC units 200ft in the air in a fiery ball of fatality!

Out-manned and outgunned, you are the last line of defense against a high-tech, paramilitary force occupying your city. But don’t feel sorry for yourself, feel sorry for the poor bastard that gets in your way! Armed with the Manticore, the military’s top secret combat bow, and an arsenal of over powered arrows, you will need to fight your way through an enemy armed with high-tech weaponry, armored mechs, attack drones, and a host of biological secrets yet to be uncovered in the remnants of a city on the brink of ruin. Your mission is simple: recon the city, rescue hostages, and get the hell out of dodge while eliminating any and all resistance with extreme prejudice. If it moves, kill it! If it doesn’t move, it’s probably already dead. 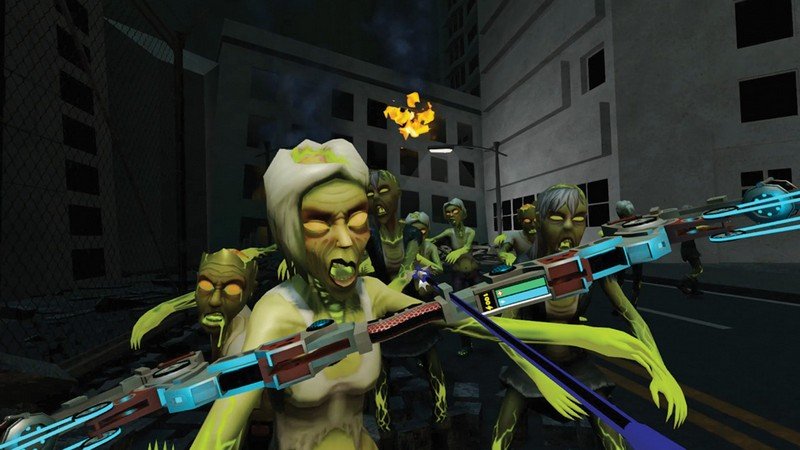 Chris
Dec 25, 2018
★★★★★
Polished bow shooter well worth the monthly subscription. Have only explored the first two stages on easy and it was too easy. Will try the next few stages at medium difficulty. Graphically on ultra high settings it is still very cartoonish, but still eye pleasing. Only knock so far was the teleportation method … should be more intuitive. When player looks for next hop, perhaps that should be a unique color? Was up on the crane and did not know where to go.

Greenlit
Jan 04, 2018
★★★★★
Fans have watched for years as super heroes like Green Arrow and Hawkeye stood in the shadows of Superman and Iron Man, but Phaser Lock Interactive’s bombastic take on the genre really show off how underappreciated their skills with a bow truly are. There are a lot options to choose from in the bow and arrow genre of arcade action shooters in VR, but there aren’t many that can go toe-to-toe with this intense, fiery, explosion-filled tour of a city on the brink of chaos.

Chris
Sep 24, 2017
★★★★★
Great Everything. It is the first game I tried in VR, and so far, it’s still my favorite! Great mechanics – great arrow options, and haptic feedback on the bow – while allowing a place to hide at times, or to shoot around a corner exactly as one would in real life.

Dan
Jul 26, 2019
★★★★
Fun and suprisingly substantial. Graphics are basic, but well drawn and missions are just the right difficulty.

randy
Aug 08, 2018
★★★
this is a very fun game i truely liked it . there is only one slight issue with it , if you are by any means affraid of heights do not buy this game .VR games should come with a warning about it so you dont waste your money . if you arent affraid of heights than go for , just be aware you will be on a crane arm hundreds of feet off the ground . i dont have a real issue with height but even i gave up and there didnt seem to be a need for it in the long run thats whats going ot hurt this game .

Ron
Mar 08, 2019
★★★
I was loving this game. One of my favourites until the Zombies. They just don’t seem to fit and are the least engaging aspect of the game. 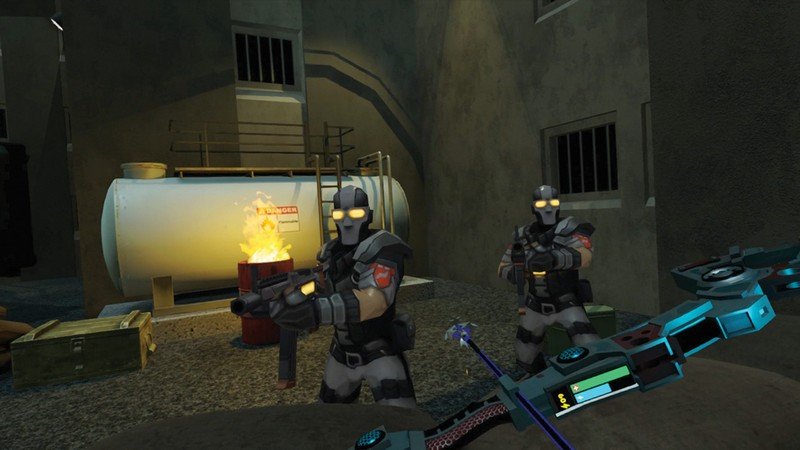 Game repeadetly forces you to jump out in the middle of a group of enemies instead of picking them off from around the corner because of the teleport node placement. Also, teleport nodes will suddenly disapear mid combat. No checkpoints, even for boss battles. I really like bow & arrow games in VR, but this one is a huge letdown.