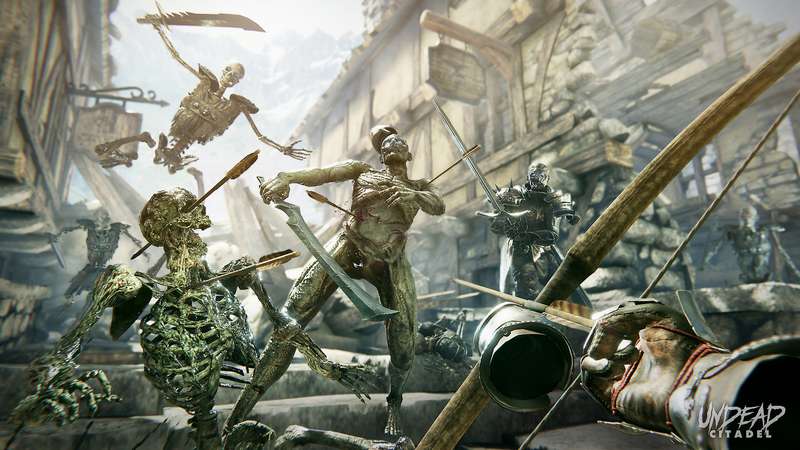 2019 game releases line up is a perfect depiction that this year is going to be an awesome year for gamers
around the world. This year will easily see the launch of the HTC Vive PRO Eye and HTC Vive Live Focus
VR headsets, and along with these all-new headsets come a lineup of brilliant games that gamers have
been dying to try out. Undead Citadel happens to be one of them, and it is centered on a zombie slaying
plot. The game is produced by Dark Curry with a visually stunning design that is shown off in its one-
minute gameplay video clip.
The game involves having its players try to navigate through the beautiful scenery of a medieval setting,
whilst killing off zombies that get in their way. These zombies can be destroyed using swords, axes and a
number of other weapons that are left at the player’s disposal or acquired over the course of the entire
gameplay. Other weapons at the disposal of the player include things like; bow and arrows (which is
considered the best by a few), bombs and shields, etc. 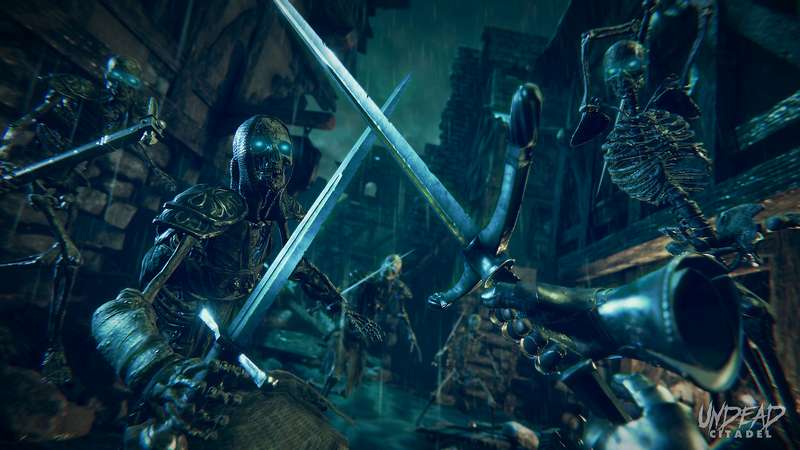 The visual quality of the game

The visuals for Undead Citadel is really good but it is too early to tell if that is the actual design and not
just a marketing stunt. There are often times when what is depicted in a game’s trailer is not the same as
what is obtainable during purchase. There have even been reports that the visual quality of the game
inside the headsets is somehow distorted due to the screen door issue. One peculiar feature that stands
out about Undead Citadel is the battle sequence. According to Dark Curry, the game is based on a “hybrid
physics-driven system”.
This well-detailed combat visualization can be easily noticed in the accurate depiction of the ax swings
that cause the enemy’s head to explode, it can also be noticed in how the enemies are affected by arrows
shot at them. As of today, it is a bit difficult to tell what else sets this game apart from other major Zombie
type VR games, but to find out we need to be patient till we can get a copy of the game to try out for
ourselves. Either way, this hasn’t stopped gamers from stirring up the anticipatory hype for this game. 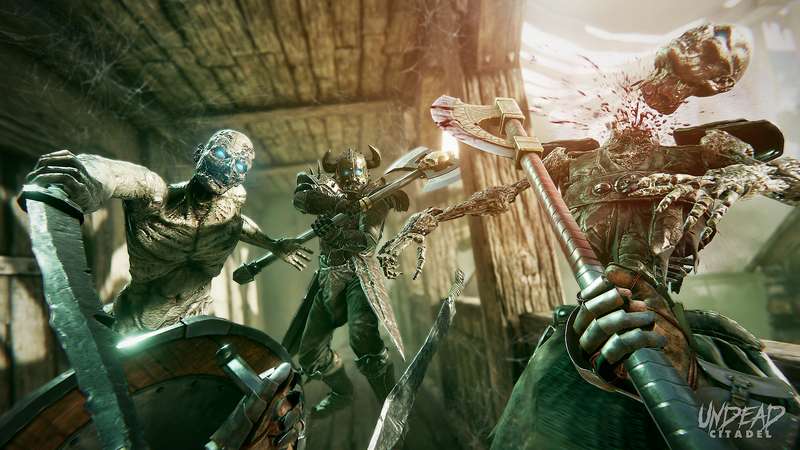 The game still seems to be shrouded in mystery

A major part of the game still seems to be shrouded in mystery and it seems like fans might have no idea
the kind of amazing features Dark Curry has in store for them on this VR game. There is still a lot to find
out as regards what the game is all about. One of the game’s teaser trailers has hinted at the fact that the
game would have a type of story-based progression. The same teaser trailer also confirms that the gamers
would have to face bigger, monstrous enemies ahea d. This is a game that will challenge each player’s

ability to take on some of the toughest foes that can be found on VR games. This alone is enough reason
for fans to stay intrigued about the prospects of these glorious battles. 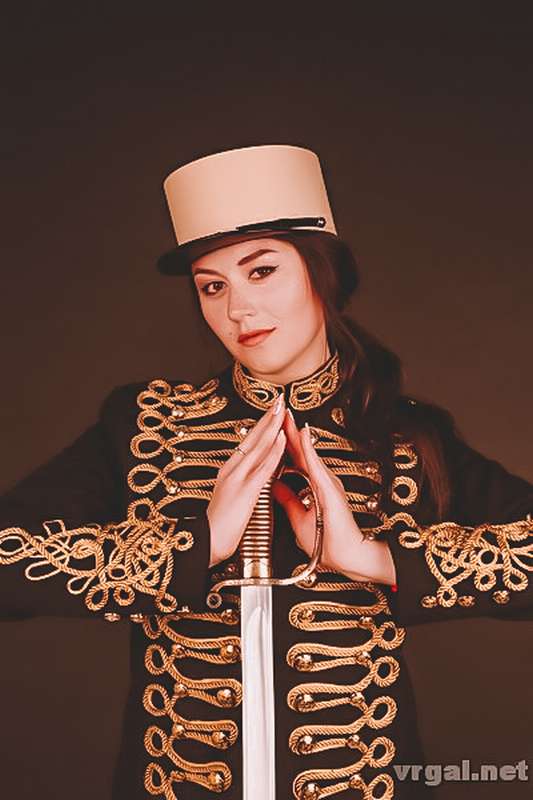 Date for the release 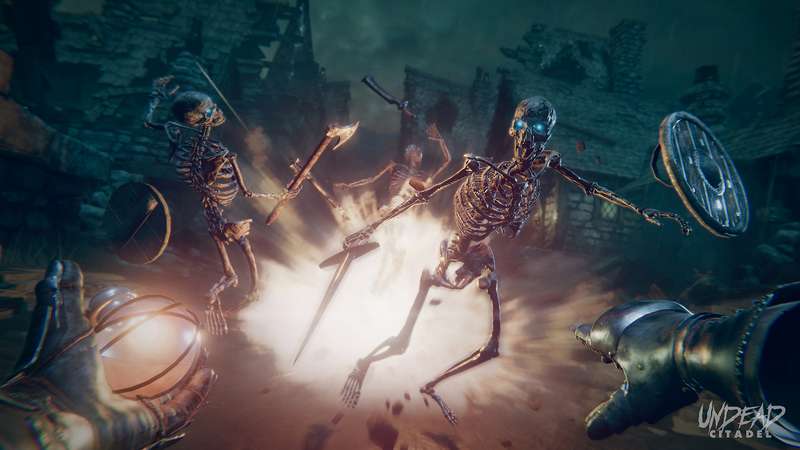 Undead Citadel has been described as a medieval-era zombie slayer VR game, with Dark Curry stating
that the game will have a strong focus on a “physics-driven close/ranged” battle sequences. This game is
perfect for gamers who have been trying to perfect their VR combat simulator. The gameplay gives these
gamers the perfect opportunity to try out their abilities against a battalion of undead armies. The wait is
almost over, and this will by far be one of the most engaging VR games of 2019. The latest trailer is so
graphic, it shows gamers how they will be able to rip out the bones of the undead enemies from their
bodies during combat sequences.
The graphics detail is so impressive and speculator all indicate that this would be a major selling point for
the game. The quality and texture of the gameplay look like those of high-budget 3d game, and the
expectations that fans have about the quality of the actual gameplay has increased based on what has been
shown in the trailer. Most of the weapons that are seen in the trailer are the kind that most gamers expect
to see in a medieval warfare game. Undead Citadel allows players to defeat their enemies using over 40
different kinds of close-range weapons that require real physical movements to operate.
A few other features of the game that were mentioned in the game was that the gamer would have access
to abilities like; invulnerability, slow motion, strength. These various attributes help the player easily
evolve their ability to play. The two modes available on the game are;
● Full-size campaign; this mode requires the player to battle their way through a massive
apocalyptic adventure gaming environment. This mode has over 10 different levels for gamers to
navigate through.
● Horde mode; this mode requires the gamer to survive for as long as possible against an endless
army of undead.
The level of customizations that the game permits, along with its incredible gameplay, makes it an
incredible contender amongst some of the best games of 2019.