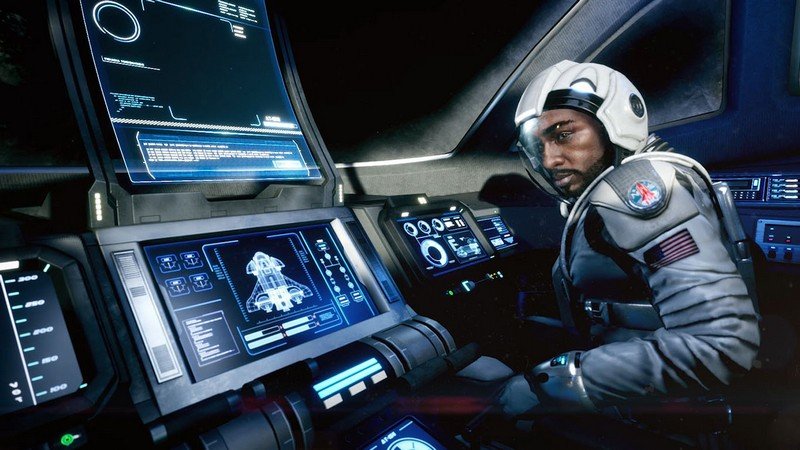 Released Feb 2019 3.1★
You will play the role of Deputy Commander in the ‘Unearthing Mars’ mission, trying to unravel the secrets hidden in the Phobos Fragment from the Ark Research Center’s closed-door study. Through the Ark Device, you will experience a war across outer space and return to the Earth and Mars of ancient times. You will then embark on a journey to discover the secrets of ancient Mars from the perspective of a high-ranking officer.

Each of the various fast-paced shooting stages features 6 or more guns to choose from. Special skills can be used at critical moments so that you can shuttle between enemies and take your time aiming at weak points to take out enemy generals. You can take advantage of being practically invincible to get familiar with the rhythms of attack. Remember, in-game bosses will constantly be testing your mastery of weapons and skills. 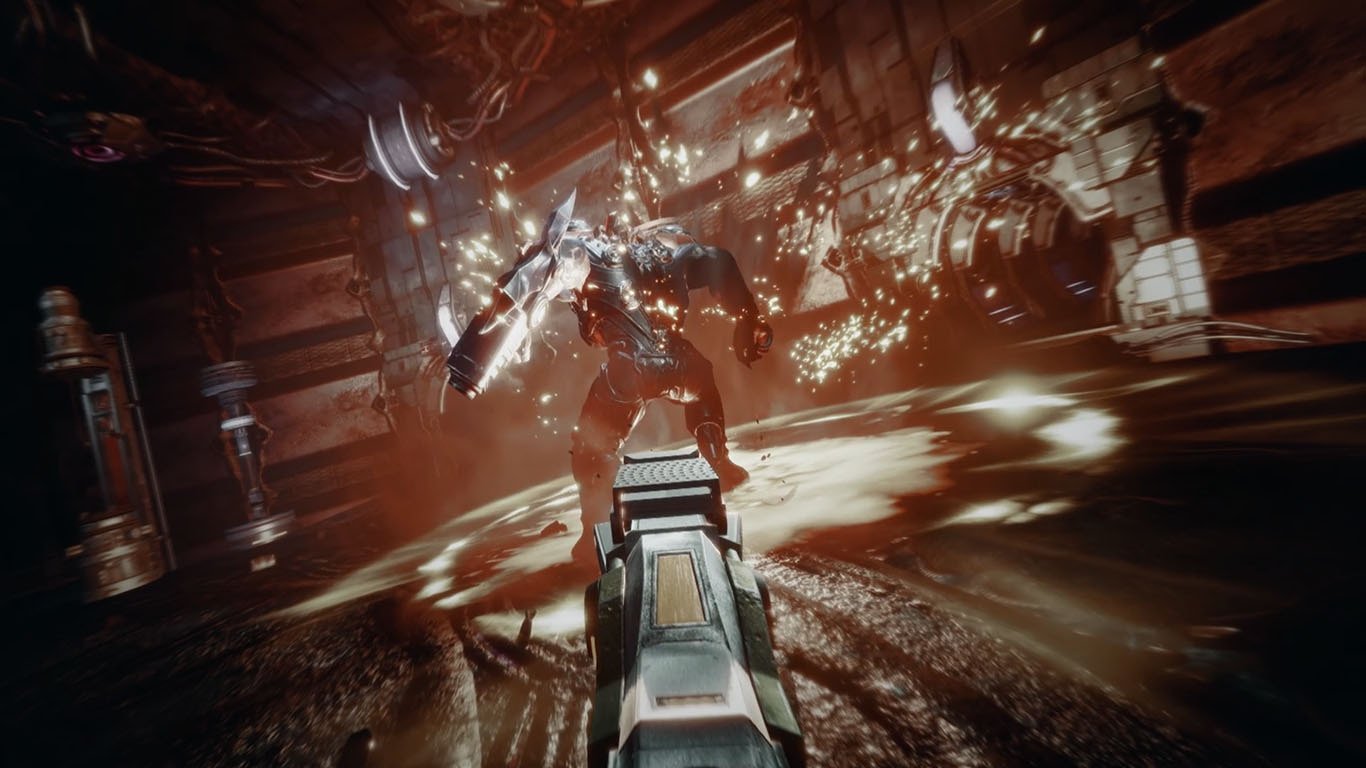 Irwan
Feb 20, 2019
★★★★★
It was surprisingly enjoyable. Has bullet-time mechanism that’s kinda cool. The story is a bit confusing for me. It’s short-ish, just a couple of hours to finish the whole thing, which is a plus for me.

JesuSaved
Mar 22, 2019
★★★★★
Superceeds and succeeds beyond the predecessor.The first one I played on psvr and it was really ggod.This one is far done better.Jesus too died for you.He is alive !

Philipp
Dec 01, 2019
★★★★★
This was a very good game. Surprisingly good. Never heard of it. This completely went under my radar. And yes, this is first gen VR with teleportation and stuff, but easily AA quality, good graphics, polished and everything. Actual story telling. Challenging boss fights, lots of variety in level and game design. Yes, the story is confusing and I did not get all of it. But bottom line is, I was really enjoying it.

Pin
Jul 04, 2019
★★★★★
Easily one of the best VR first person shooter games. It has a nice storyline and variety of environments to fight in. Graphic is nice..

elbek
Apr 12, 2019
★★★★★
Short and sweet but not too short to the point of being unfinished. It begs the question though where is the first game? It’s available on steam but not here?

Jeremiah
Feb 06, 2019
★★★★
Wow I was really surprised, finally a really good game available for the subcription. Once you understand the mechanics of moving and slowing down time its quite enjoyable. The first few levels are good but the levels keep getting better further on. Music and sound fx really stood out to me. The later levels are beautiful! and some of the cut scenes are really immersive (like the intro and chapter 6). Fighting the giant elephant mech was awesome. Only made it to chapter 7 until my wireless batteries died. Gave it 4 stars because they should change the ange of the gun when using vive controllers. I also used it on a rift and the gun angle is better on that. Also I wish there were more parts of the game where you need to move around more (like dodging, ducking etc) sometimes I felt like I was standing in the same place most of the levels.

Doug
Mar 03, 2019
★★★★
Teleport, shoot a handful of enemies, repeat. You can activate bullet-time about half the time. You can choose a different gun, but don’t need to. There’s a story, but it doesn’t reach a conclusion. Two hours long. Great graphics. 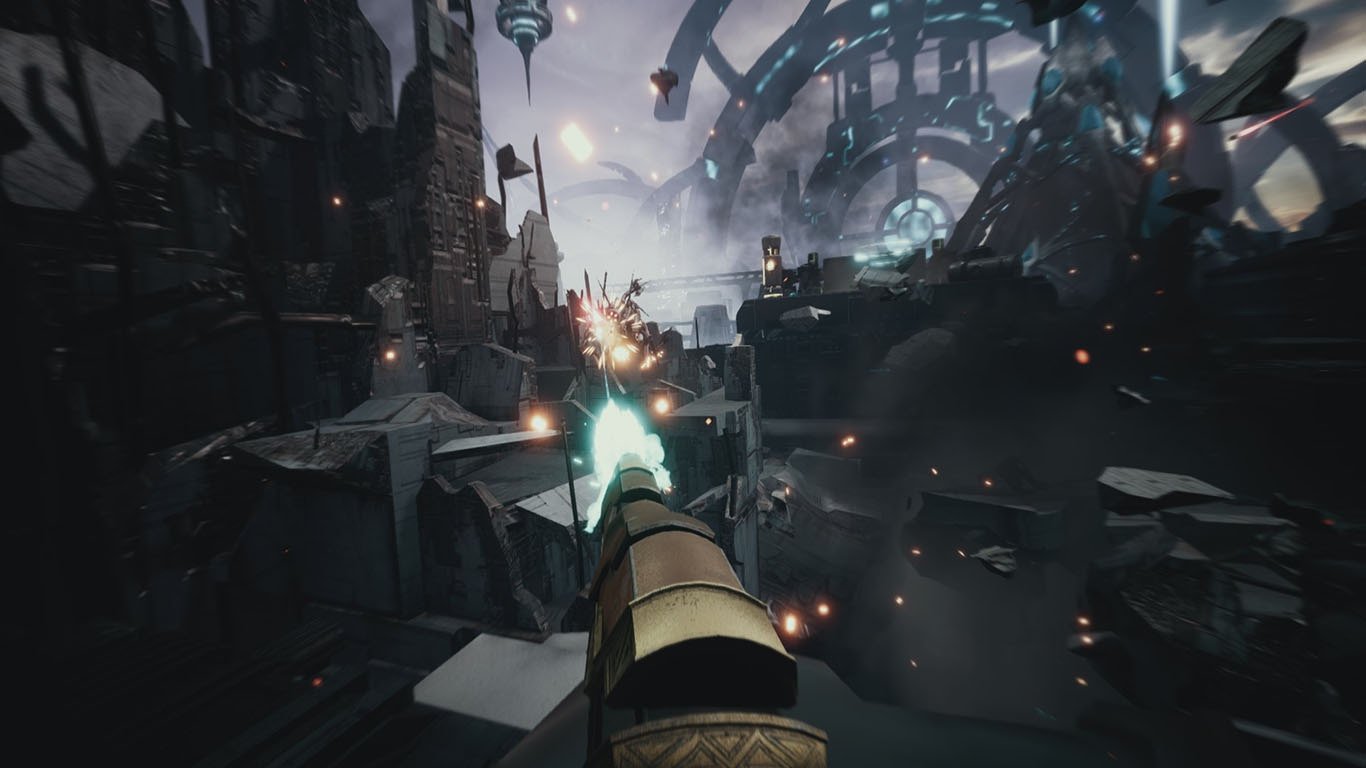 Виктор
May 09, 2019
★★★
The game is made very well and it made a lot of effort. Quality and attention to detail on top, everything is nice except one. Because of the attempt to make the game for everyone in it just boring to play for those people who play VR is not the first year.

Tom
Oct 26, 2019
★★
I didn’t like the limited movement and the silly plastic looking gun

Zalanore
Feb 11, 2020
★
Sound defaults to the wrong output device and there’s no way to change it. Sat through 15 minutes of silent cutscenes before being allowed to quit to the main menu where the options couldn’t fix the problem.

And the developer website is useless, update your drivers? That doesn’t help.

Edit: The Windows website finally showed me how to force the audio to my hedset, so here’s the real review:

BORING on rails shooter where the weakest enemy in the game takes 4 full seconds of machinegun fire to kill it, and then you have to reload. The voice acting is horrible, the accents were so bad they would be present for once sentance then disapear for the next, the sound effects are WAY to loud despite being turned down to almost nothing, and it was just unejoyable in every way.

Selim
Dec 23, 2019
★
Not good. Graphics are kinda cool, yet not feels good I don’t know why. The gameplay is boring. I have experienced sound problems as well.

Trevor
Jul 19, 2019
★
okay man if you want to make me like this game how about not giving me useless weapons to start im really going to fire for 2 seconds then stand there for 6 seconds waiting for it to reload every single fight smh nope