The hype train for the HTC Vive Pro is not slowing down any time soon and neither is Owlchemy’s release
hype of Vacation Simulator which is a major follow up to the company’s successful Job Simulator.
According to Owlchemy’s studio director; the game itself has been shaped up into something that the fans
have never seen before on the VR scape and this statement has gotten fans all over the world excited about
the potential of the game. The studio has immense confidence in the quality of the game and how they
believe the game is going to perform. A lot of work has gone into its production and now double the work
is going into its production. 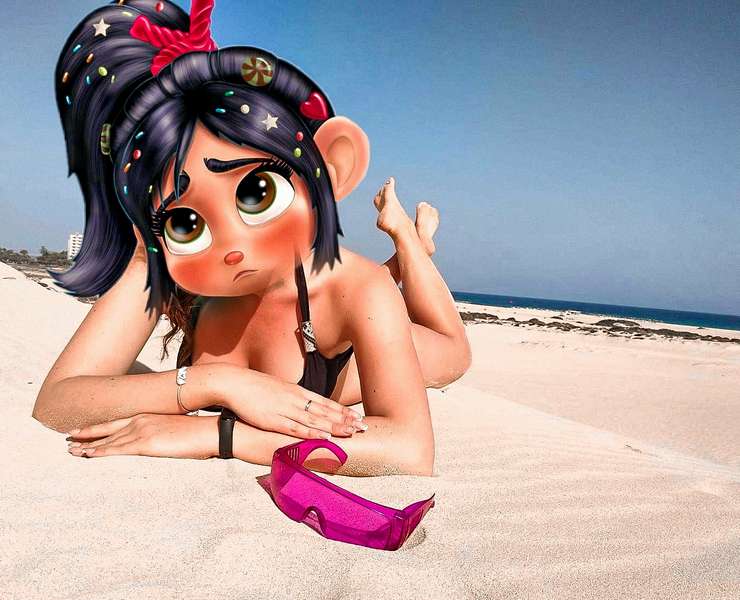 The CEO of Alchemy; Devin Reimer worked on the foundational designs for Job Simulator with his team
that made the game so successful, and this design is very flexible and useable across most other products.
This seems to be the case with Vacation Simulator, as the studio is looking to harness the elements that
made Job Simulator successful and make some upgrades to it while packaging it into a whole new game;
Vacation Simulator. The company is also developing the mobile version of the game as well.
This all-new VR parody is set to be released on the 9 th of April on Steam (Vive, Rift) and the Oculus Store
(Rift) and the game is currently priced at $30. The price of the game does not seem to be stopping the
excitement that it has built up in the minds of its fans due to the incredible success of its prequel’s outing.
The studio even seems to extra positive about the outcome of this new game and have stated that Vacation
Simulator will be a lot larger than its past version and the game will be donning four different locations
upon its release; Forest, Beach, Resort, and Mountain. 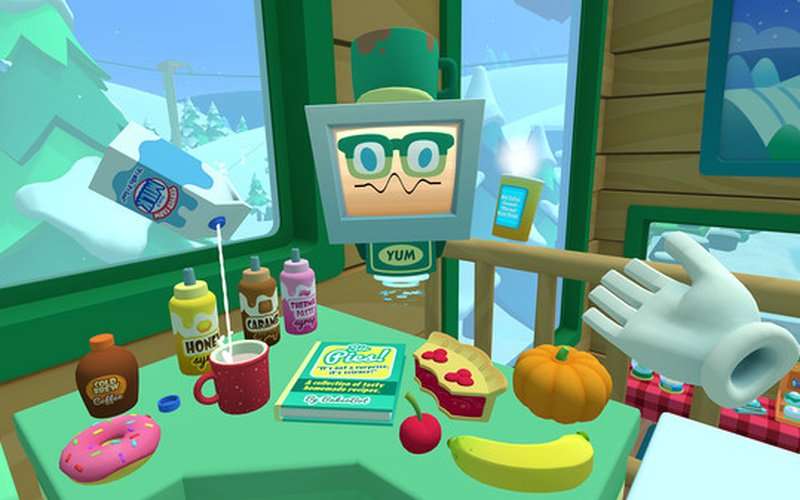 So many gamers fell in love with Vacation Simulator

The actual gameplay sends the player straight into the year 2060, where there are robots that attempt to
estimate or determine what life back now would have been like, and what makes this quite interesting is
that these robots actually get all these wrong. However, that’s not all, in the process of getting it all wrong,
they mess up people’s vacations. The silliness of the story is what makes the game so much fun and very
addictive. So many gamers fell in love with Job Simulator, and twice the love is coming for Vacation
Simulator upon its release. This is the kind of game that all HTC Vive Pro owners want to have on their
collection. 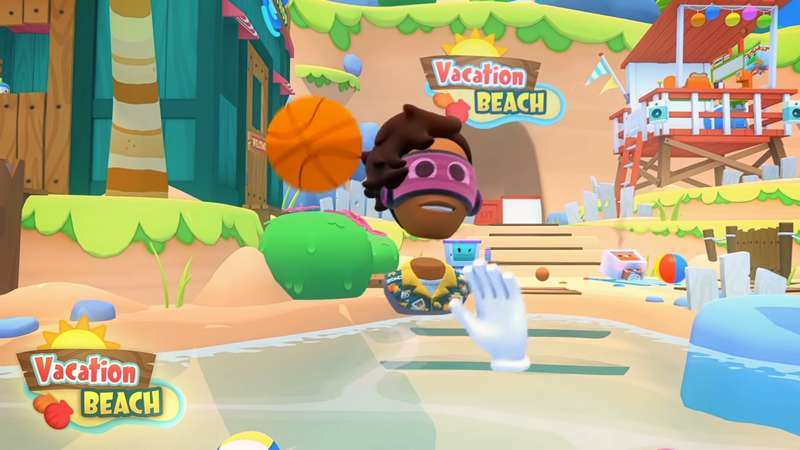 Vacation Simulator is a lot larger than Job Simulator

The prototype version of the game that was revealed to the public at GDC 2018 revealed that the game
features a version of the studio’s node-based teleportation system that was designed for Rick and Morty:
Virtual Rickality (2017). The advantage that this gives players is the chance to travel across a couple of
objective-based ‘stations’ rather than just staying on a dedicated level. The studio keeps laying an
emphasis on the fact that Vacation Simulator is a lot larger than Job Simulator, which leaves us
wondering about the other amazing features that have been stuffed into the game.
According to Devin Reimer; the CEO of Owlchemy, Vacation Simulator is the biggest game that they have
made yet, and even the entire studio is curious to see how people choose to experience their vacation. He
further stated that the game was built with pure interactivity in mind. With such a visually stunning and
interconnected game world, the possibilities that gamers can explore are quite endless. Another exciting
thing about the game come from the fact that it is a VR game, which means that there is no wrong way to
play the game. 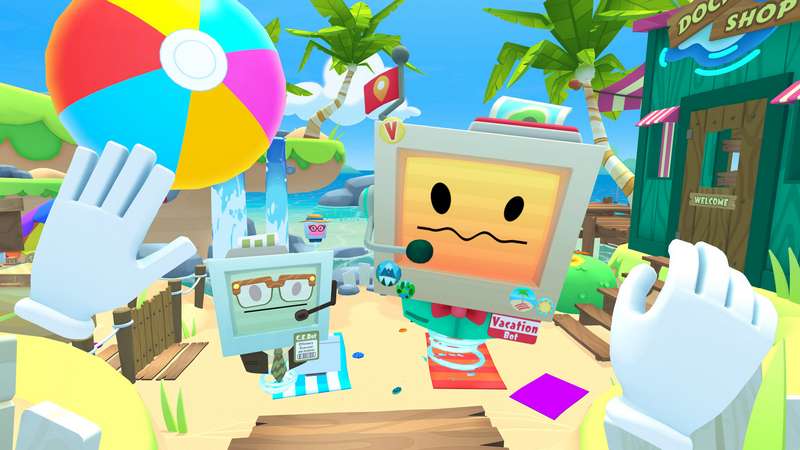 Another difference to take note of in this version of the game is that there is a lot more interaction with
the robots than just throwing ketchup at them. This time around, you can now decide if you want them to
take up positions as general quest givers instead of unfortunate robots. The CTO of Owlchemy also
explained that communicating with robots in Vacation Simulator is actually quite easy, the simple gesture
to be performed by players is waving. There is no button needed for communication, it is just a simple
gesture of waving that allows the player to communicate with the VR world and stays immersed in the
gameplay. This personalizing experience is another incentive for players to look forward to this fun VR
game.
For Vacation Simulator, the studio also seems to be having a strong focus on avatar creation unlike its
predecessor, the game actually includes a variety of customization options for players to create their own
avatars in a fun and creative way. The customization option range from visor color to skin tone, hair color,
facial hair, glasses, and hairstyle. The game also comes with a well-tailored game factor that allows players
easily record or stream their gaming sessions.
There are so many gamers who are ready to jump on the HTC Vive Pro as soon as it launches in April. If
you happen to be one of these lucky gamers, then Vacation Simulator is a game you should look out for on
the platform. It is worth your time, money and is guaranteed to keep you excited about your device
purchase. The game allows its players experience VR in a unique way and that is what makes it different,
that is what makes it special. 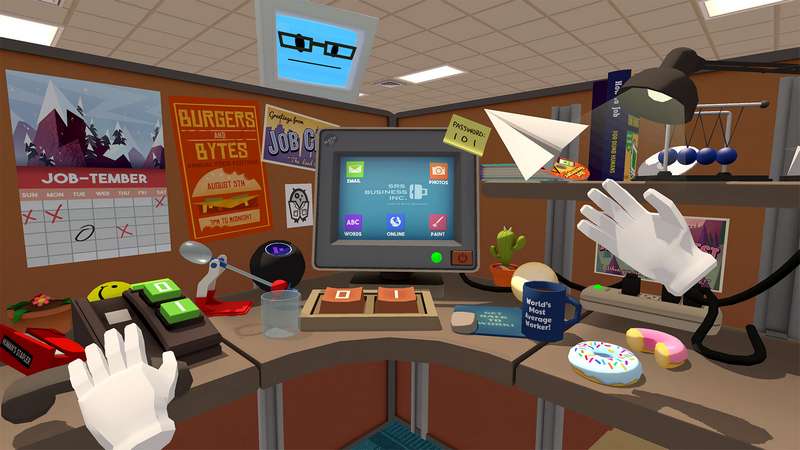