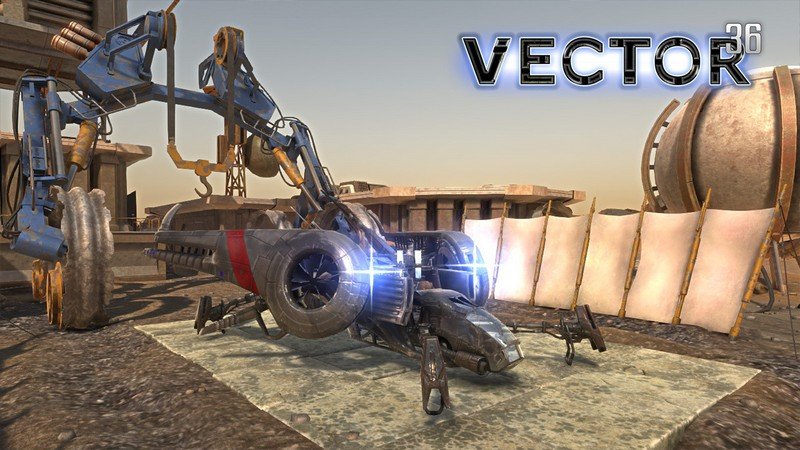 Released Jun 2016 2.5★
Race across the terraformed surface of Mars in your Skimmer, a completely customizable hover Racing vehicle. Piloting skill and engineering make the difference between winning and losing in Vector 36, a Physics-Based Racer. Compete with or without VR. (also playable on Oculus Rift)

DOES NOT SUPPORT VR CONTROLLERS. Please use a Xbox Controller, HOTAS, Joystick, Gamepad, or Keyboard and Mouse. 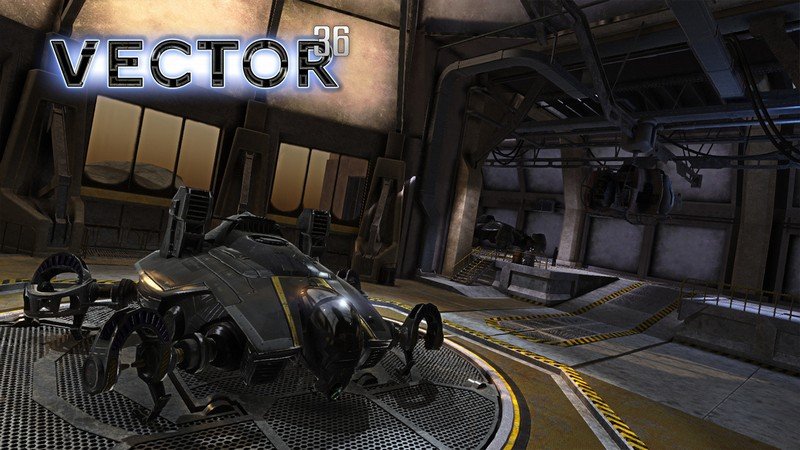 Matthew
Aug 17, 2019
★★★★★
Lots of fun for hover racing fans. Lacking in some areas because it was made by a small team (maybe mostly just one guy) but very impressive.

Steve
Jan 02, 2020
★★★★★
does not work with vr controllers and says so but works great with a gamepad
or hotas or mouse/keyboard.

David
Jan 14, 2020
★★★★★
To think this game has been out since Q4 2015, added VR support at the early start of modern VR and this is the first time I have seen it. For those complaining about controllers not working, you have to use a gamepad, KBM, HOTAS or such. Also, the game has to be front of the desktop for anything to work. It’s a standard PC game with VR support. The game itself is not bad, but definitely has an older feel to it with the style of menus and parts descriptions. It is a bit overbearing with the amount of customization that is possible and how it affects your racing. However, it has a real hover racing feel to it that really is best done in VR.

Kain
Aug 26, 2019
★★★★★
Great simulator, hard to master.
building your own skimmer is fun and has alot of factors to consider when placing your parts and angeling them just rite for maximum lift or thrust is great

Octu
Oct 16, 2019
★★★
A lot of the game’s design decisions seem to be “they were so preoccupied with whether or not they could, they didn’t stop to think whether or not they should” and in the end it just ended up feeling like an extremely floaty, unresponsive superman 64.

Finding
Aug 29, 2019
★★★
Fun to play after learning how to play it! However, its lacking in a couple of areas. Buying and selling parts for one. You cant compare specs of the part you currently have against the part you are considering so you have to switch between buying and selling just to compare specs. You cannot sell a part to buy a better one. You must have the money to buy first, then sell the extra. Part placement leaves a lot to be desired, especially when using a gamepad. Switching to a mouse is easier but for me that means repositioning from my game play area to my desk. Testing the craft is done with it tied down or in an actual race, no practice runs to test parts or placement. My fav, If you take damage, its best to just restart or you can lose $ if your craft explodes. It was fun but working hard to build $ and losing it from being rammed or you run into a trap = no replay value for me.

Zalanore
Feb 11, 2020
★★
Gameplay is very fun. Racing feels fantastic, and the vehicles all look very good. This is the ONLY VR game that has ever made me want to throw up. Instead of colision noises, instead of bumping into other vehicles, instead of cool sound effects, your screen has a black filter that closes in to simulate you blacking out. This also happens if you get too close to the ground or make a turn too hard. The tutorials are 1 inch in front of your forhead. WHO HAS EYES ON THEIR FORHEAD? I had to pull my headset away from my face to read them. The 2nd tutorial failed to trigger an objective repeatedly so I had to force abort it. There’s a lot of cool concepts, and this game has massive potential, but the little details make it effectively unplayable. The game encourages you to use a controller (which makes the races better) but NONE OF THE MENUS WORK WITH CONTROLLERS! And never tab out.

Jeremy
Feb 09, 2020
★★
There is some potential for serious racing fans, but I found it overly difficult to control. It seems like one mistake can cost you the race, and ther doesn’t seem to be native Touch conroller support; an XB1 controller works, but that’s not the VR experience I am looking for. Style and visuals are nice, but weren’t enough to get me to put more time into getting better at this.

Kari
Oct 30, 2019
★★
customization in game is non functional, at least for me it was. Good idea and pretty good gameplay, however the controls are a bit too unresponsive.

Aerys
Aug 18, 2019
★
Was staring at the main screen nothing worked my controllers were simply not there i used index then i used the vive wands and that didnt work either