This is a story-drive first-person shooter through the sprawling underground facilities of the Planck Interdimensional Quantum Reactor. You are an unnamed hero looking to use weapons and a teleportation gun to cope with robots and other angry lifeforms.

Already got your attention? We thought so – as this already has all the ingredients of a gore-fest shoot ‘em up that draws many to their console and their headset. The reactor is full of secrets, drones and parallel universes. Your role in the game is to avoid getting too lost in the tunnels of the huge machine, finding your way to the core of the reactor to get yourself home.

With polished videos and bizarre worlds, this is an intriguing gaming experience that has been given a reboot for the virtual reality headset.

Just another first-person shooter? Do we need anything new in this space? Is it worth taking a mildly popular game and remastering it for VR? Time to offer some opinions. 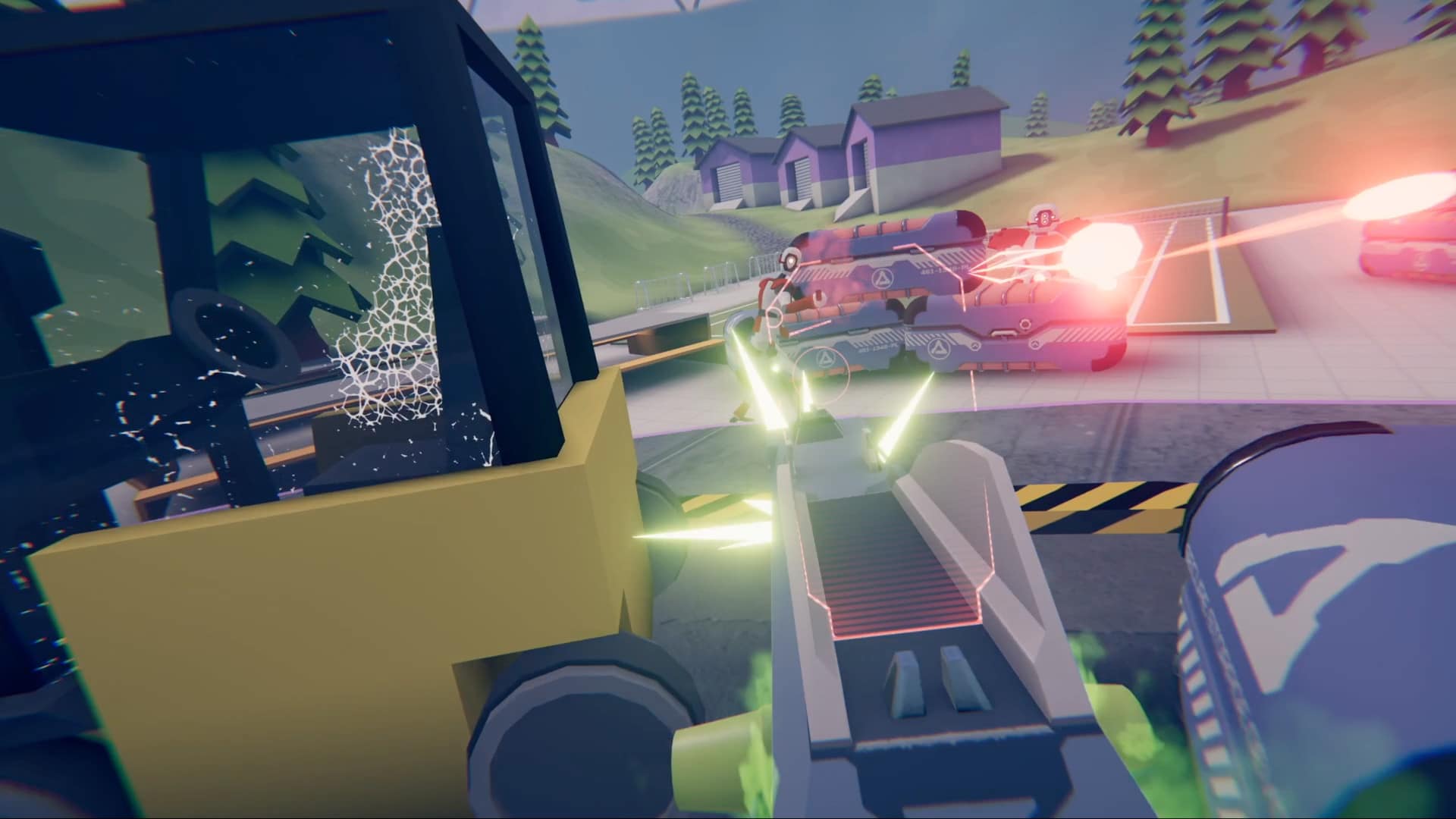 Your work through the reactor environment and dip away to parallel universes here and there. It is all a little bizarre. Each floor of the reactor, which you travel one by one, has unique themes and puzzles you must overcome. The positive of this is that you literally have no way to predict what is coming

There are no shields or health pickups, which means if you get too injured you will need to respawn at the last checkpoint. As you get damaged, you will lose your sense of colour and the world will turn monochromatic, which makes it much harder to spot the enemies attaching you. Your only option at this point is to hide and wait for your health to replenish with time.

There is no major changes tot he gameplay but there is a polished look to the graphics that will amaze you. The animation of the forms coming to get you are spectacular. The setting might feel a little start, as it is all grey steel walls and doors, these counterbalance against the life and machines you meet well.

There are some challenging action sequences that will keep you thoroughly tense and immersed. However, what we like is that this is counter-balances with some lighter, funnier moments that help you live with the intensity of these other moments. When moving through the more action-orientated sequences you will find there is a lot of trial and error. If you want to definitely decimate your foe, you can use the melee attack – but as in most games – this lacks a little refinement.

The game controls like all the other first-person shooter titles you have ever played. The mechanics allow for full locomotion in the three-dimensional space. The teleport gun is also a similar mechanic to ones you wil have used in other guns, allowing you to spin-off to other locations and keep the gaming experience alive. Consequently, if there is an environmental puzzle that is completely destroying you, you can skip to somewhere else in the game and avoid that feeling of being stuck.

We are never that enamoured with complex menu systems, as you choose your guns, etc by spinning through the lists away from the action. However, the inventory system is pretty standard and you will need to select the perfect tools to fill the two slots to help you solve the puzzle in your way.

The major issue is the save options in the game. There is some rather strange and random checkpoint system. This means you can go a long way in the game and have to start again. At other times, the checkpoint feels unnecessary. The gaps between checkpoints definitely need some recalibrating.

In contrast, a high point in the game is the audio design. For once, the voice acting in an FPS is not cringe-worthy – in fact, we would go so far as to say that it is enthralling and entertaining voice acting. However, at just the right moments, there is a soundtrack that kicks in that instils that feeling of suspense and unease as you play. The sound comes from all dimensions too, which also gives you an insane sense of space beyond the visual. You can even anticipate the arrival of enemies with the sound that travels through the walls.

This remastered version of a pretty good game has the potential to be a surprise hit. Shooter game fans will love this title and it will quickly rise to the level of a cult game. Starting 4 years ago and then taking the time to reimagine the concept has allowed the developer to apply everything they have learnt from the user experience. There are so many weird and funny moments added to which there are enough puzzle and action.

While there are still some technical glitches that will annoy you, there is every reason to pick up this game to play on your VR Headset. You will love the sensory immersion in this strange world.