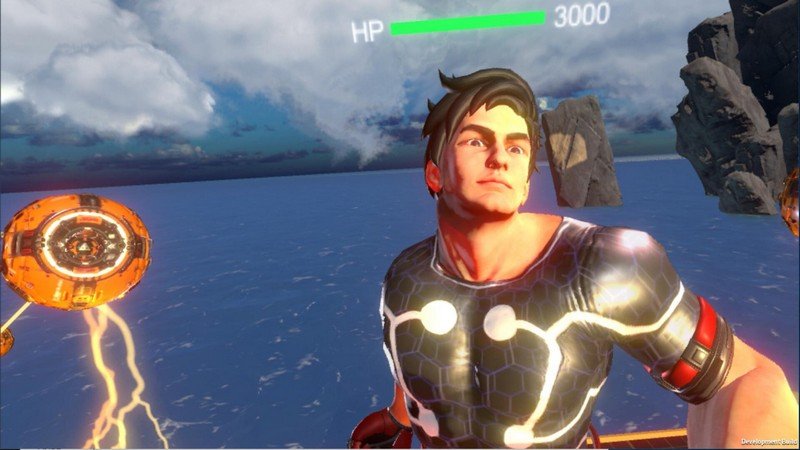 PVP, PVE and a rich variety of training modes.

At release, VFC was the first VR fighting game that offers online PVP feature. Our game is still under active development. The aim is to deliver the most sophisticated and most fulfilling VR fighting game of this generation.

The development and design of VFC follow two strict pillars of thought:

Sophisticated Realism: The ‘dynamic’ of real-world fighting should be replicated as much as possible inside VFC. That is harder you swing the more devastating damage you will cause, and the game should be able to reward you for performing the right fighting technique (that is why it needs to detect the right technique usage first), and disincentivize you from bad habits.

Larger than life fulfillment: VIRTUAL REALITY SHOULD BE BETTER THAN REALITY, that is why VFC seeks to add more spice into the actual fighting by adding in very satisfying skill and ability setups, don’t worry, activating those skills and abilities requires you to do the right fighting techniques, so this will not tolerate any ‘cheesiness’ in your fighting experience.

To learn more about the game, visit our official webpage at www.vfcgame.com

Please join our Discord to follow our latest deals and offering (also chat with us with your suggestions for the game): https://discord.gg/jGnHB58 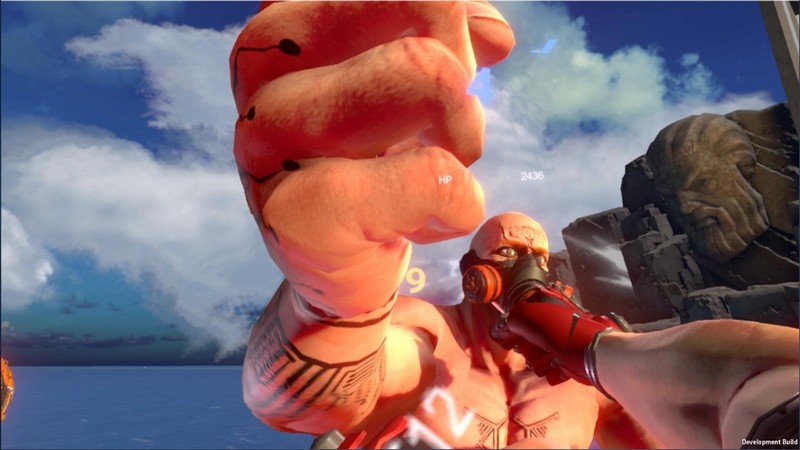 cai
Jan 20, 2019
★★★★★
this worked with my oculus pretty well and my friend referred me to this game to play/fight together, and we had an absolute blast!!!
the overall feeling of accuracy, power and punching feedback is insanely good and well above other VR boxing experience i had. it also helped that i had a 360 degree tracking on my oculus
only thing i’am dissatisfied about is the design of special abilities, i feel it needs to be more thought-out as currently i don’t really feel that it adds anything to the game just yet. but anyways, this is already a great game just by the nature of it’s great PvP fighting feature. definetly a recommend from me, and hope to see more people in the ring 😉

lulu
Jan 16, 2019
★★★★★
this is heck of a game, i’m glad i came across this game in the sub plan. this is a very unique game that allows PvP fighting, i had tones of fun fighting against someone who does those weird kongfu stances lol
i wish there is voice chat, but i get why its absent too.
i would totally recommend anyone to try this one out, this is gem hidden under the stone for me.

flaggerrezato
Dec 13, 2018
★★★★★
really glad I came across this, this is very unique and was something I always wondered why haven’t been developed.
this is essentially street fighter in VR where you can PvP fight, and use special moves. although it is still under development and the game content isn’t very abundant just yet. I have already got a lot of fun out of it, definetly worth it.

Александр
Dec 12, 2018
★★★★★
Best game if you want to have a fight without consequences, this game is where it’s at for me. hitting is way more satisfying, and game just felt more polished than any other fighting titles out there. creed is just a gimmick, and totf is alittle unpolished (and no PvP), this game offers the best experience by far.

kev
Nov 30, 2018
★★★★★
No idea why people give harsh reviews on this one, it’s really solid based on what’s already there, I landed 3 games yesterday, and my arm is super sour from all the ‘happy sweat’. I extracted away from my body from fighting, only grip I have is the player base, but that’s not the dev’s fault.

This is a GREAT game for its price (comparative to knockout league and creed)
It has a brilliant PvP game, the best i have ever experienced, non of that stupid stamina and phantom mechanism, and instead an actual fighting experience where your own stamina and fighting skill matters, i like how there is a precise damage calculation based on how hard you hit irl.

I did took me a good 5 min to find a match, but it’s not very troublesome because it is done in the background while i was playing the single player mode

the single player mode is alittle too hard i had to say, i took me 4 tries to even kill the first enemy, but make no mistake, the quality of this colosseum mode is comparable to gorn, the hit reaction of the enemy and the overall art and environment feels amazing.

this is a 5/5, i REALLY hope this game continues to grow

Ray
Nov 07, 2019
★★★★★
This game scratches an itch! 🙂 It has high production value and good mechanics. Definitely is the beginning of something awesome, in my opinion! 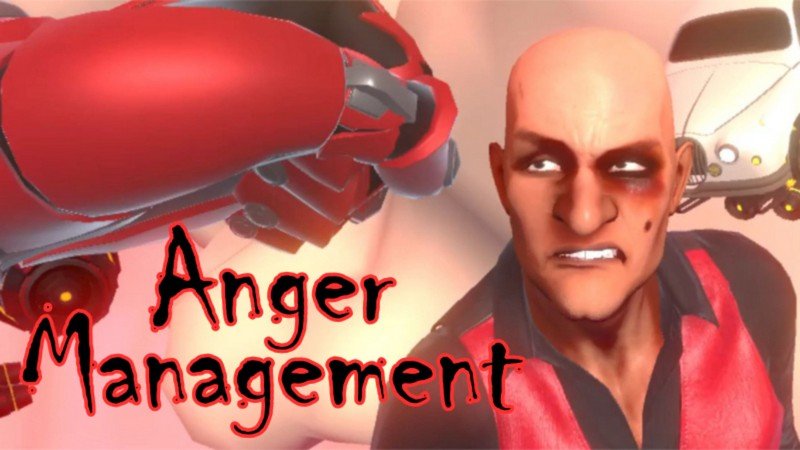 Journi
Oct 02, 2019
★★★★★
for vr fighting game, this is the most polished and well presented, best thing is that it is still under active development so more things might come, would love to see more depth in single player content thats for sure

Koldman
Jul 11, 2019
★★★★★
I played this when it first launched, was pretty dissapointed because the game were PvP only back then with little player base, checking back into the game and i’am extremly impressed at how much more content has been added into the game.
i think the review here has been pretty unfair as most of them are about not finding opponent, but if you leave a negative review, it will make people less likely to join the queue…?
all in all this is by far the best vr fighting game, only problem it is plagued by small player base, that’s why im giving it a 5 star, because i want more people to try this one out.

nash
Jan 31, 2019
★★★★
this could be a fantastic game but ive only ever been able to have 2 1on1 fights and they both glitched. when are the boss matches coming and the training and build modes? maybe some different robots in the colossium ,

rchrdcrg
Dec 01, 2018
★★★★
My honest feelings are that this isn’t a $20 game yet. Having said that, fighting the AI robots is fun, and the new one adds just enough challenge that I wasn’t able to just keep playing without losing. I also had a chance to fight against someone online, and it was a lot of fun!
Compared to Knockout League, this feels more like real boxing with real physics, but Knockout League feels gamey. It feels good to hit stuff in this game!
For people complaining about difficulty, this is absolutely a 360 roomscale experience. I think those having trouble don’t have enough physical space to really play this game as intended. You need to physically move around the opponents, not just stand there.
As it is, this is worth maybe $5. It’s worth a try on subscription, but it’ll be a while before this is worth the asking price.

Vicente
Nov 21, 2018
★★★
I’m a fighting game fan so i wanted to like this but it’s really empty right now, it’s basically only PVP but there’s no one so it’s useless right now, tried the robot mode and it kept beating me all the time, and since there’s no training or barely any instruction about what you can do, it just felt like your average boxing game, not a real fighting game with special moves and cool stuff.

My suggestion to the devs is to do a free version with limited characters and options, so that the online rooms have people around and the game can grow, then monetise with the complete version and costumes, titles, events and so on, or make free weekends on Steam or similar, as it is I highly doubt you’ll succeed since VR is sadly full of amazing MP games that are dead since they have a paywall and the numbers are not there to make it grow.

Lawrence
Sep 23, 2019
★★★
played a bit yesterday against bots was cool then today i tried to start it up and my virus proteection said the games executing commands from an attacker so not really sure what to do i un istalled reinstalled still same problem

waynno
Aug 06, 2019
★★
The game is some sort of pvp boxing & training game, i love the idea.
The game has magior bugs and problems. the first is that every time i lunch the game all the bindings are gone, i have no idea what this is luckly i rigged all my controls with steam and after 20 minutes of that, I try the traning zone it was ok but i quickly found out the bots arm, hit boxs are horrorbable and you quickly find you self clearly out mached in the coliseum as the first bot kicks your butt, the two bots circle you, then you quickly pull out you head set cord from you computer trying to dodge.

now for the pvp that i never even got to play after sit ing mach making for 5 minutes, with no idea if it is even working.

R
Jan 11, 2019
★
The game was advertised on the store as “Oculus Rift” supported. However upon starting the game, what seems to be the main menus just advises me that no controllers have been detected. This is disappointing as the only reason I took the Viveport subscription in the first place was to try this game before buying it.

dunechi1d
Dec 23, 2018
★
Got this as one of my Viveport subscription apps. Couldn’t find any real person to fight. The robot fighting is terible. You start off with your bare hands fighting a super ninja robot with a freakin SWORD. Guess who wins…
Multiplayer non exisitant. Single player sucks. Don’t bother with this.

Ethan
Apr 04, 2019
★
Unable to detect controller when game launch. Kept prompting to turn on controllers when it’s already on. Playing on Vive

Stian
Apr 03, 2019
★
Cant even start playing, the game just keeps telling me to turn on controllers that are already on, tried quiting and starting the game multiple times, stil the same.

This is on htc vive.