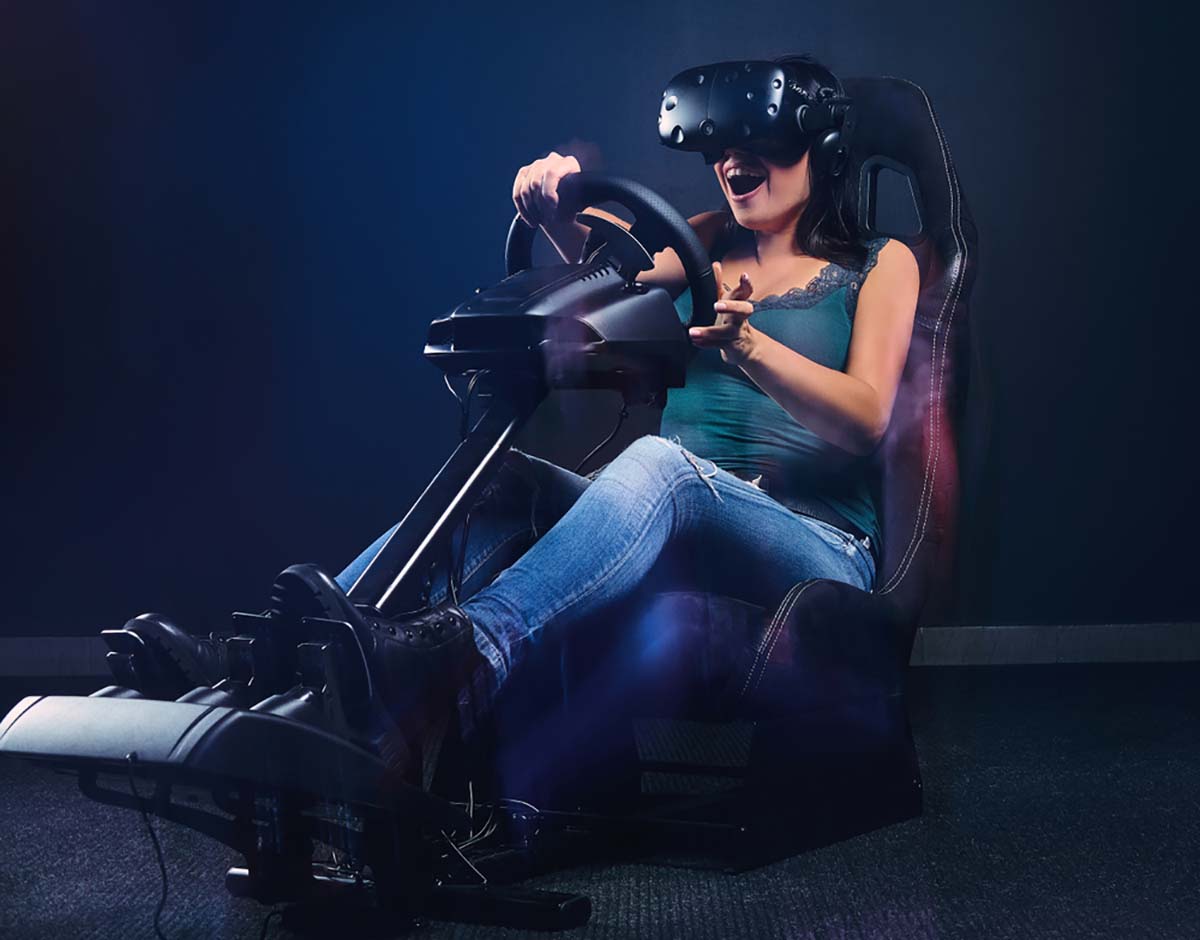 Of all the different types of games out there on the market, racing games were the first to introduce a legitimate version of virtual reality. As far back as the 80’s when OutRun was released in arcades around the world, the racing genre set the standard for virtual reality in gaming.

OutRun was mind-blowing at the time and the competition took a while to catch up. It wasn’t really until the early to mid 90’s when other manufacturers finally started to produce games that were anywhere near the standard that OutRun had set. When the arcade release of games such as Ridge Racer, Daytona, Cruisin’ USA and Virtua Racing came around though, the competition was fierce and the game manufacturers pushed either other further and further. For fans of racing games, this was the start of the new era.

In the arcades, the surround experience that signalled the start of VR gaming as a concept was born. The pioneers started to add steering wheels and gear changing to their games. Next up came the car capsule, where the gamer literally sat in a car with a large screen in front of them. This wider vista alongside working pedals, gear shift technology and surround sound speaker set ups transformed racing games forever.

By the mid 90’s, virtual reality was here to stay in the racing game genre. 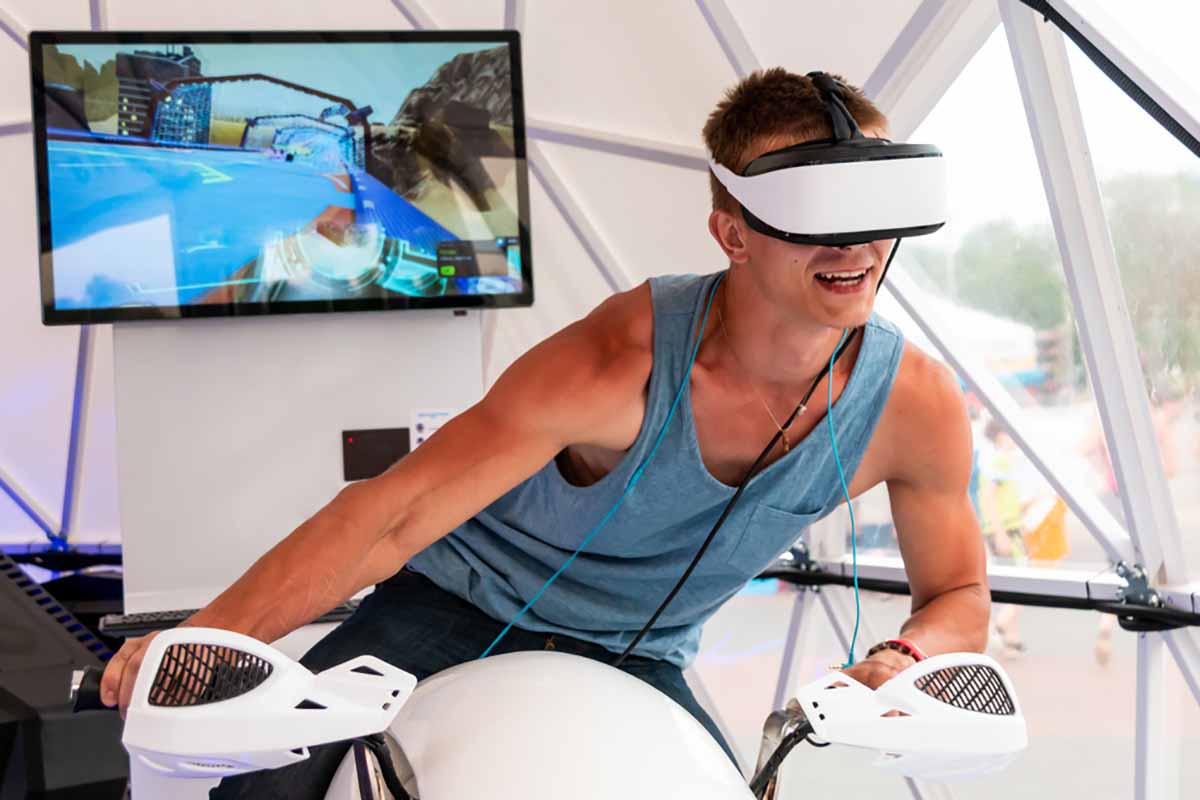 For a long time the virtual reality racing gameplay was the reserve of the arcade – the technology simply didn’t exist for the home gamer to experience anywhere near the same level of VR with their home set up.

The first steps into home virtual reality racing came when manufacturers started to produce accessories such as steering wheels. They were basic in the beginning, often lagging somewhat behind the actual gameplay! Over time though, the technology improved and the computing power allowed for a faster, slicker game.

The home driving set up began to improve dramatically and now the current market leaders have full cockpit technology, including gear levers, pedals and racing chairs. The steering wheels are equipped with ‘force feedback’ technology which replicates the road feel through the steering wheel. In the higher end driving simulator setups there are clutch pedals that can be paired with a manual gear shift lever and electronic handbrakes to be used for drifting. It’s as close to a real car as you can get.

The build quality in the leading brands is excellent, with extensive metal work incorporated into the system replicating the feel of a real racing car. As a gamer you can sit in racing seats which include surround sound and vibration feedback, meaning it’s getting closer to the real thing all of the time.

When you combine a feature-heavy driving simulator set up with the fast and smooth gameplay, excellent graphics and sheer computing power of the modern machines (particularly in PC’s), you are beginning to replicate the arcade technology, limited only by the size and surround of the gaming screen. 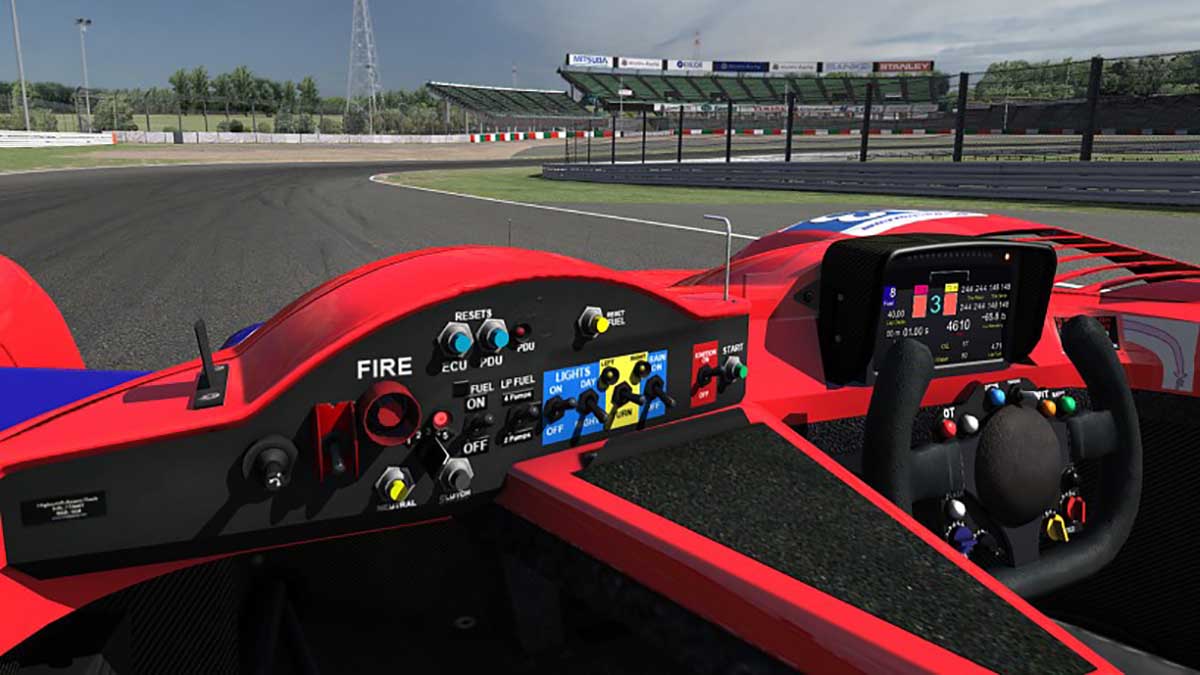 The final piece of the puzzle was the addition of virtual reality headsets. These allow the driver to look around through 360 degrees and have transformed the visceral feeling of a racing game, taking it from an exciting game to a completely immersive experience.

With a virtual reality headset you get an appreciation of the car around you, so you actually feel as though you’re driving the car. When you look either side of you you’ll be surrounded by the car’s interior. You’ll see the ceiling above you and you’ll ‘feel’ cars coming up on either side of you. This is the future of gaming and you can have it within your own home!

There’s a range of VR headsets available on the market, with the leading brands Occulus, Playstation, Samsung and HTC producing models that are compatible with various gaming setups. It’s important that you take the time to do your research on VR headsets before buying, just so you make sure you get the most suitable one for your gaming requirements.

How to Play Racing Games in VR

To get the most realistic gaming experience with the VR headset, you’ll want a whole driving set up. You don’t need to spend crazy money, but buy the best you can afford – having a steering wheel, pedals and gear shift levers will make the whole experience feel like the real deal! It’s the closest you can get to racing on the track without leaving your home.

The great thing about VR racing games is that they cover a wide range of different types. Whether you like Street Rally, Dirt Rally, Formula 1, Gran Tourismo or a wide range of other driving disciplines, there’s a game out there for you. With each game offering a huge range of customisable effects during gameplay, you won’t be getting bored any time soon – in fact your biggest challenge will be peeling yourself away from the game to spend time with friends and family!

Where Next for VR Racing Games?

What comes next will be down to how far computing power can push the realism of the game play. Soon it won’t even feel like you’re playing a game – it’ll feel as though you really are driving in a race. It’s going to be so exciting – we can’t wait!