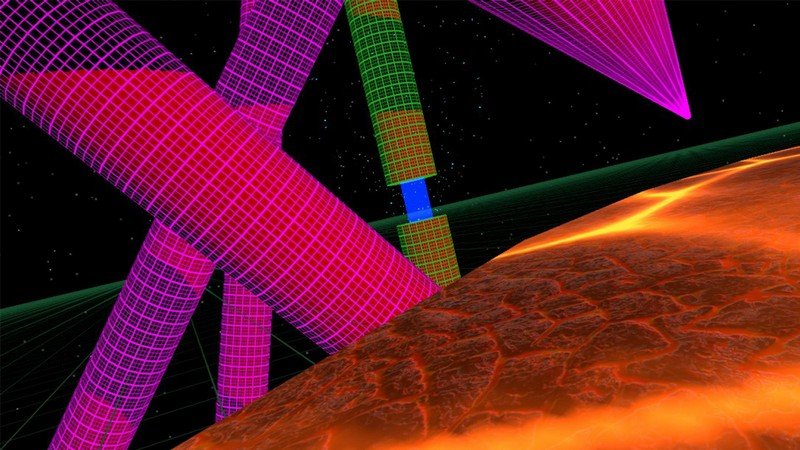 Released Aug 2016
This game has not been test for Windows 8 compatibility. Please take this into consideration when making your purchase.

The Internet’s tubes have been broken! Only you and your handpicked team can seal the tubes and save the Internet! VR Disc Golf is the first disc golf game with true disc throwing physics. Throw, chuck, and fly your way to victory through a virtual outrun environment. Play locally with up to four players in Party Mode. VR Disc Golf is the ultimate Vive party game. How great will your next VR party be?

VR Disc Golf is the first disc golf game for the Vive to have real disc physics! Complete physics simulations underlay all disc interactions, creating fun and unique game-play. Your disc realistically soars and bounces past each challenge. You can throw backhand, forehand (side arm), overhand (hammer throw) and just about everything else.

Ever wanted to follow behind your disc after a particularly epic drive? Now you can! VR Disc Golf uses a cutting edge sports camera system to put you right in the action. Revolutionary camera controls leverage your body’s natural tendency to move. You’ll love seeing every bounce and wobble of your disc as you soar over the course, just like you’ve always wished you could! You can even switch your disc mid-flight for advanced game-play to influence the outcome like you’ve always wanted!

What could be better than playing VR Disc Golf by yourself? Playing with friends and family of course! Party Mode (only one virtual reality headset required) allows you to play competitive rounds of disc golf with up to four local players. The game accommodates HMD sharing by keeping track of whose turn it is, and reminding you to switch players when the time is right.

With over 40 music tracks you’ll never hear a boring sound! Music created by Deceased Superior Technician. Thanks for the awesome music!

WARNING: VR Disc Golf uses a sports camera that rotates your view around the disc based on the direction you are facing. Take your time getting used to the sports camera and it will provide a naturally immersive locomotion experience. If you feel any motion sickness you can turn off the sports camera from in-game options.