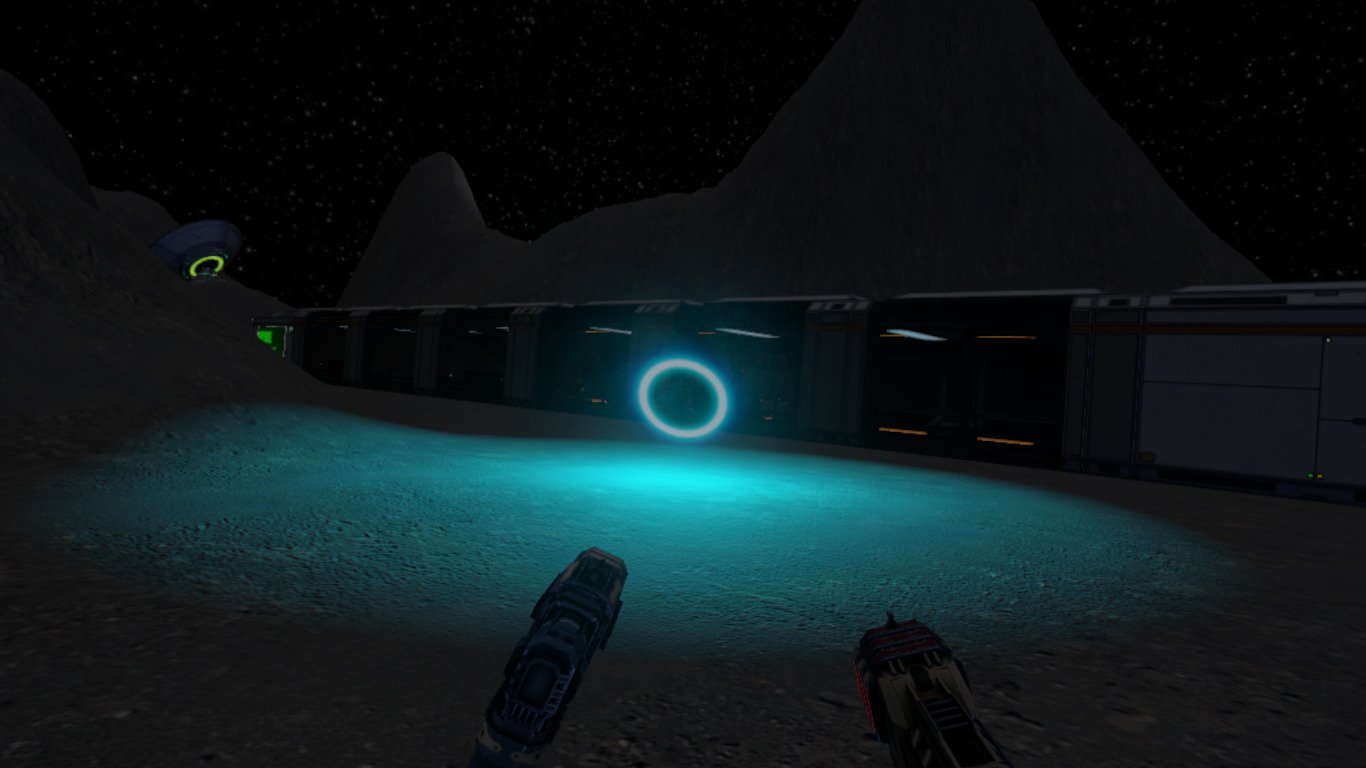 It has laser guns, metallic enemy spiders, nasty probes and spacecrafts patrolling around trying to seek and destroy you.
You have four targets to destroy: Enemy probe factory, liquid oxygen tank, space shuttle and a radar.

In this game, you will be sent into a space station. There is one mission to complete: Destroy probe factory, liquid oxygen tank and a radar at the enemy base. These targets can be destroyed by shooting at them.

At the enemy base, there are corridors and different enemies. Spiders, probes, small shuttles and robots.

The mission starts at the small space comparment with a gun in your hand. At the compartment, you can find extra magazines and two hand guns.

Tip for staying alive: You need to shoot everything that moves. Or does not.

If you ran out ot ammo, you can find more bullets from the boxes at the gun storage. Just touch the magazine with the gun in your hand and it get’s picked.

The guns realoads automatically. There are more efficient gun also at the gun storage building. The gun can be picked/dropped using the grip button.

Dan
Jul 12, 2019
★
Rubbish graphics and the index controllers don’t work with it. You have to hold your gun at a really unnatural angle.