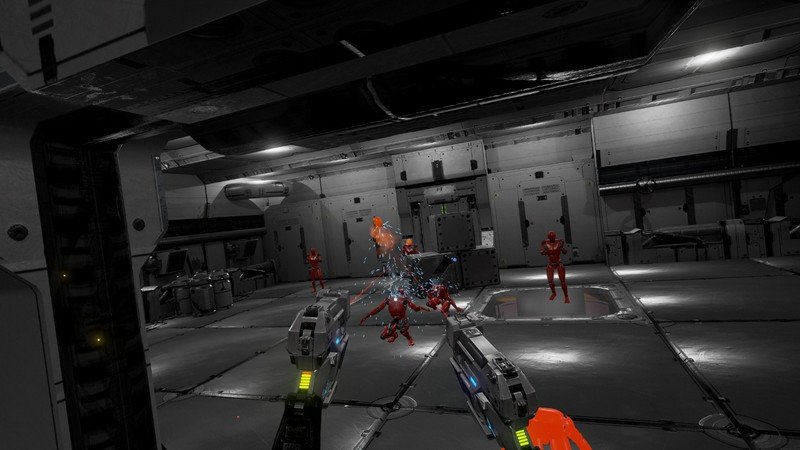 VR Shooter Guns is about bare survival in a sci-fi environment.
Skill, speed and tactics are required.
You’ll get so sweaty that you can skip the gym afterwards.

Fight your way through a space station to escape evil robots!
In a distant future, petty humans only exist to consume what gigantic automated robot facilities are producing.
These vast factories floating in space have been built by generations of both, humans and robots.
You are one of those solitary humans, whose job hasn’t been replaced by androids yet.
Alone in space with the sole purpose to supervise the assembly during endless boring shifts.
And the Artificial Intelligence watches you.
Nothing ever happens.
Until NOW. 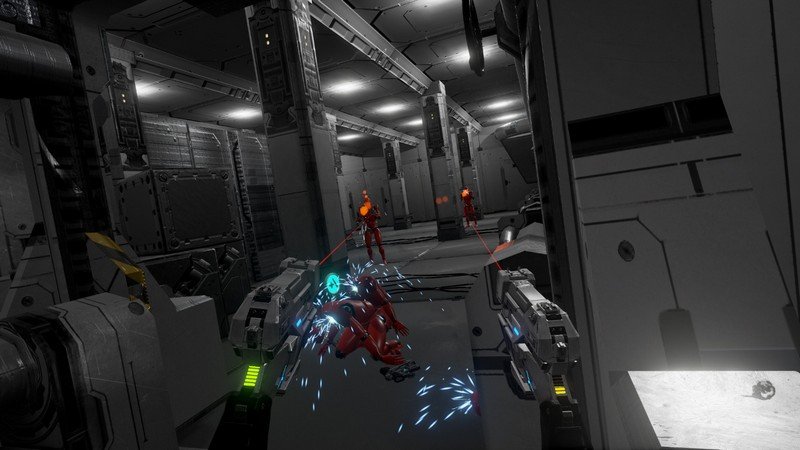 samuel
Jan 10, 2019
★★★
its alright not really my type of game but fun and simple , more cover would be nice and not having the bots run up to you cover makeing it useless would also be good as well