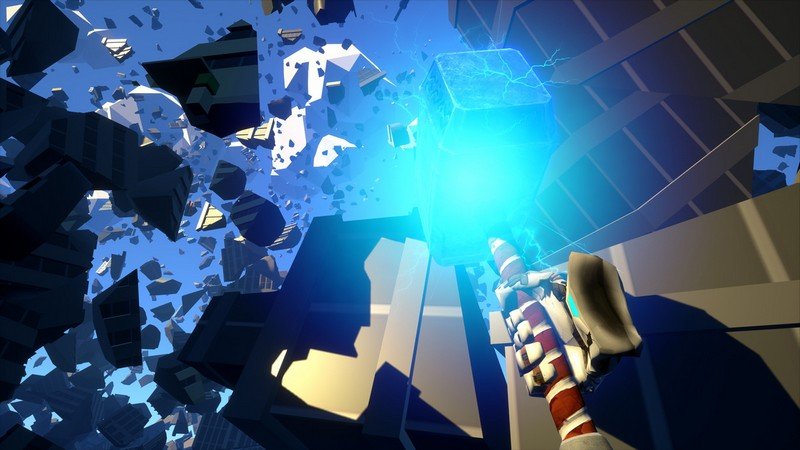 Features:
– Control a REALLY HUGE ROBOT;
– Destroy buildings, throw buildings, crumble buildings onto other buildings… and even skyscrapers, and even townhouses;
– Catch planes, sink tankers, throw cars, toss things out into a sea of malicious robots;
– Shake the virtual reality with mighty robot fists;
– Tear down cities using tornadoes released from the Tornado Maker;
– Arming Tractor Beam lets you pull and shoot everything in a row with terrifying force and speed;
– Get the Transformer’s Sword and chop, slice and dice everything;
– Knock out the interfering SuperRobot 3000;
– Do it all in different cities with unique and familiar buildings.
– The SCORE and TARGETS system will help you develop the talent of the destroyer and improve the skill of controlling the robot.

We remind you: there is a TORNADO-SHOOTING GUN!
(also playable on Oculus Rift) 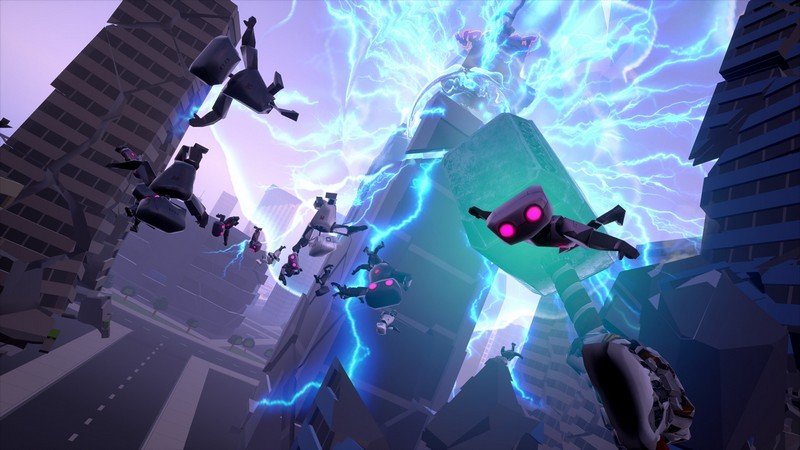 D.
Nov 02, 2019
★★★★★
This is one of the most satisfying VR-experiences I have had so far.
It does exactly what it promises, it takes you only seconds to understand how it works, and it loads fast. Further you can impersonate Mother Nature, Thor, or you can uh… “reenact events in the american history” or just be the snotty-nosed brat you want to be but society would not let you, because the semi-annual reports are due on monday.

Also it has a great lore, as we all agree, that those nasty self-driving-cars indeed need to be taught a lesson! 😉

I would only recommend it, if you do have an infinity subscription, though – there is not (yet) enough content to justify 15$

Cassidy
Dec 29, 2018
★★★★
Very good game. We all had fun playing it for about an hour or so. The game is quite nice and the mechanics work quite exquisite. Gets bored pretty fast though, breaking stuff is kind of boring, especially when everything breaks in the same way. Maybe having more gameplay would help.

Greenlit
Feb 28, 2018
★★★★
Overall, VRobot: VR Giant Destruction Simulator makes right on the promise of its own name. Its vibrant style and sense of humor will keep you laughing and others laughing at you while you stomp and slash around your room wreaking havoc on the unsuspecting robo-residents within each city. There isn’t much more of a plot or a story to keep things interesting beyond the action, but players will want to challenge each other for high scores in their total annihilation and should look forward to a smashing good time that keeps things fun and fast-paced. 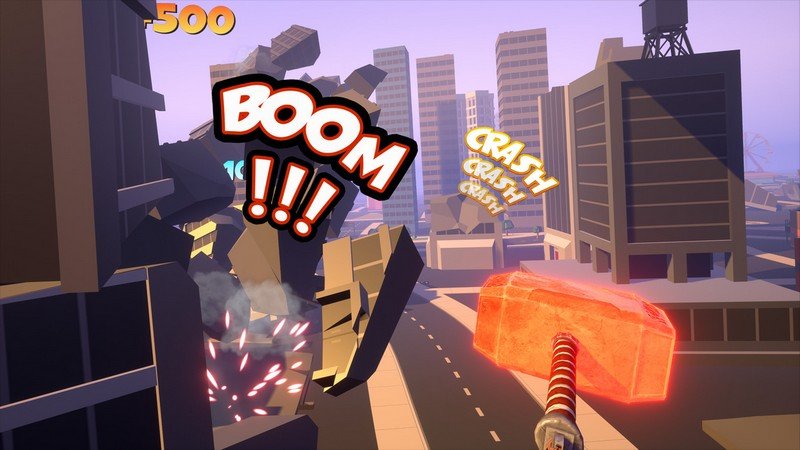 Gary
Dec 22, 2019
★★★★
Fun, but not deep. It would be better if there was a godzilla version and instead of baby robots you had people screaming and running for their lives…ok gotta bit dark there 🙂 but the engine just would be great if you added a johnny sako, godzilla or any kind of over the top, old school monster movie stuff for story line.

Alex
Dec 21, 2018
★★★
Just kinda like everyone else, this game was a way to kill time for a few minutes. Not worth $15 though. Try it out with the subscription and see if you like it but after that just wait for it to be on sale and get it for like $5 or something.
But they say there’s still content to come later so there could still be hope!
I’d personally love if there were a co-op feature to destroy the city with a friend and try to get a higher score.

Jason
Mar 18, 2020
★★★
Fun to go around breaking buildings and throwing them around, but there’s no sound. The hands also appear swapped for me, but that doesn’t impact gameplay.

PointxFive
Mar 10, 2019
★★★
Decent game, my son enjoys it, but after a while it feels very bland, just beating up buildings with a few different weapons here and there. Great for kids to smash about in VR.

StatutoryApe
Jun 09, 2018
★
Really lack luster and mind dulling content. You smash buildings for points under a time limit in a series of “missions” to unlock boring tools for destruction.