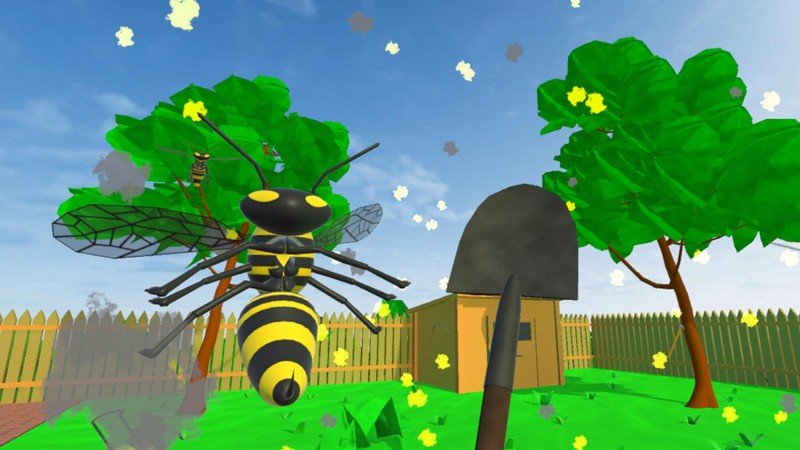 Released Oct 2016
Get into your garden and smash those wasps – in VR!

In Wasps! you are not the chosen one, the master of anything or born with special abilities. Forget about this!
It’s your home, your garden, and you are nothing more than just anyone from the suburbs with a deep hatred for stings and buzz!

It’s time to turn the tables, time to fight back and time to get those wasps out of your yard! Take you weapon and defend you property, your children and your neighborhood against those insect demons!

• Crush as many wasps as you can!
• Built for Steam VR and room scale gameplay
• Take your tools as weapons and fight off these ugly stingers!
• Get around and find out what you may use to battle the wasps

Also this game will be extended with future releases and more and more stuff is going to be added (for free), like additional weapons to use (chainsaws and flamethrowers anyone?), online leaderboards to find out who’s the best wasp killer on the planet and much more.