Bethesda seems to ready for the VR gaming industry this year they have multiple properties to be
launched. These are titles whose trailers have has fans on the edge of their seats, with a strong desire to
get a copy. One of these games is Wolfenstein: Cyberpilot. Although there is now an official release date
for the game (July 26th), its trailer has spurred the potential demand for the game. The trailer has
portrayed such an interesting VR gameplay that gamers can’t wait to get their hands on this fun game.

It’s possible that the wave of new games coming out all of a sudden is a strategic action by gaming
companies to ensure that the timing of their releases coincides with the release of new VR devices being
launched in 2019. A few of these devices are the HTC Vive Pro Eyes and HTC Vive Focus Plus. As of now
Wolfenstein: Cyberpilot’s page is only listing the HTC Vive as the only platform is supported, however, it
is speculated that this will be updated to accommodate all other major VR platforms.
The website for the game additionally lists Windows VR as one of the supported devices as well. Hence,
users who are currently on either platform will probably be the first set of people to access the game upon
its release, except the studio decides to expand the options before launch. Either way, the game will be
selling for $20. However, it is worthy to note that Bethesda is making a deliberate attempt to ignore the
Oculus platform, just like they did with Fallout 4 VR and Skyrim VR. 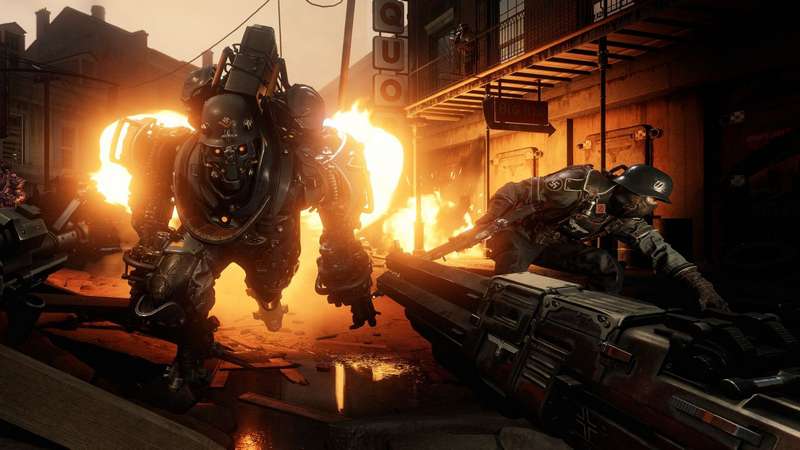 Gamers who have had the opportunity to try out the game at E3 last year have stated that it is visually
stunning. One thing to note is that the demo at the E3 didn’t provide much of an in-depth look into the
game itself. It only allowed players to control the Nazi Panzer Hund and also destroy Nazi soldiers with its
sophisticated flame thrower. However, since recent promotional images for the game have revealed other
techs in the game, there is no doubt going to be improvements in the player’s vehicles during gameplay.
The game’s story follows about 20 years after the incidents of The New Colossus. It’s the 1980s and you’re
a hacker living in an alternate world where the timeline of WW2 varies in many ways from how the
original WW2 went down. In this version of the timeline, the Nazis are already overtaking Paris, but you
can’t stand by and watch as the world get terrorized. This inspires you to take up arms, being a cyberpilot,
you forcefully take over the mechs under the control of the Nazis and start to help the French resistance
fighters in the war.

The gameplay is full of many action sequences and ruthless foes that requires the gamer to gun down and
burn his way through. He needs to do this in order to easily navigate his way through the City of Love.
This game ensures that the gamer leaves a trail of burning Nazi’s in his path. Although it has been a while
since we have heard any official news about Wolfenstein: Cyberpilot, it looks like the wait for the game’s
launch will be coming to an end soon. This is because, the developers have finally created a Steam page for
the game, along with new logos and screenshots.
It is worthy to note that there have been no new trailers for the game yet, but it seems like the launch is
getting closer with each passing day. The idea behind the gameplay is that the player gets to use the Nazi’s
weapon of destruction against them. These could be in the form of vehicles and robots that will help you
sabotage their mission to conquer the world. This game changes the status quo by preying on every
gamer’s dream of destroying Nazi’s by any means necessary.
Wolfenstein Cyberpilot is a perfect blend of top-notch gaming violence and great storytelling. One thing
that makes certain games successful s their ability to make warfare look cool, and this game does just that
for gamers. The game is able to juggle all the necessary aspects of an excellent VR game properly to create
the best gameplay experience for gamers. All those who were able to get hands on the demo of the game at
E3 played the game on an HTC Vive Pro, using the Vive Wireless Adapter. They all had a lot to say about
the game, constantly praising Bethesda for the excellent design of the game and raving about how they
could not wait for its release. 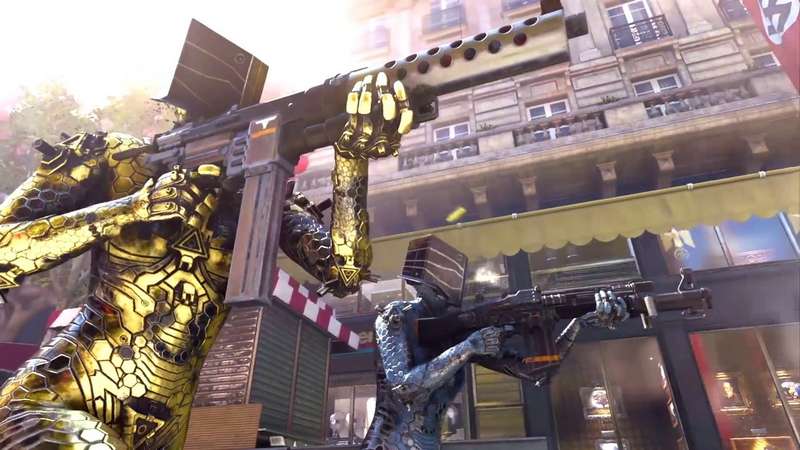 The plot of Wolfstein Cyberpilot

The plot of Wolfstein Cyberpilot is set 20 years after the events of New Colossus, and the scenery is just as
beautifully crafted as any post-apocalyptic world set in the future. The movement of the gamer’s character
is done using the HTC Vive’s wand trackpad. The Panzer Hund controlled by the gamer has two main
types of attacks; a long-range attack where it spits fire from its mouth wreaking havoc on everything in its
path, and another attack where it rams into anything standing in its path.
Since we already know that the game is slated for 2019 release, and the demo at E3 was played
on an HTC Vive, this is definitely one of the games that would be trending on the HTC Vive
platform after the release of the HTC Vive Focus Plus and the HTC Vive Pro Eye.