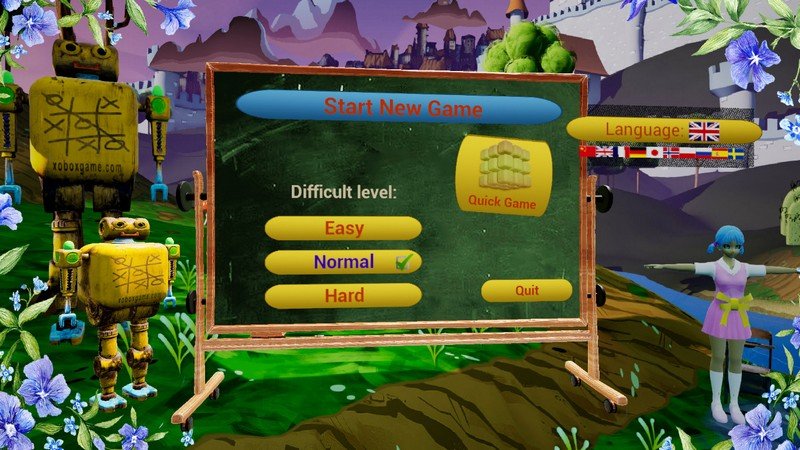 Released Dec 2018
Tic-tac-toe (also known as noughts and crosses or Xs and Os) is a paper-and-pencil game for two players, X and O, who take turns marking the spaces in a 3×3 grid. The player who succeeds in placing three of their marks in a horizontal, vertical, or diagonal row wins the game.

This has significantly changed the game, which can be as simple or very demanding and difficult. We have a board with the size of three rows for three columns as in a classic game with an additional dimension which gives us six game boards. Here we play as we used to, on one board to set a circle or cross in one line alternating with the other player. Whoever succeeds, he wins. Simple what not ?

You get 15 levels in three difficult with three game styles for each Character in game. You will be rewarded for your effort independently for each game and you will unlocking the next bigger cubes and rows.
(also playable on Oculus Rift)