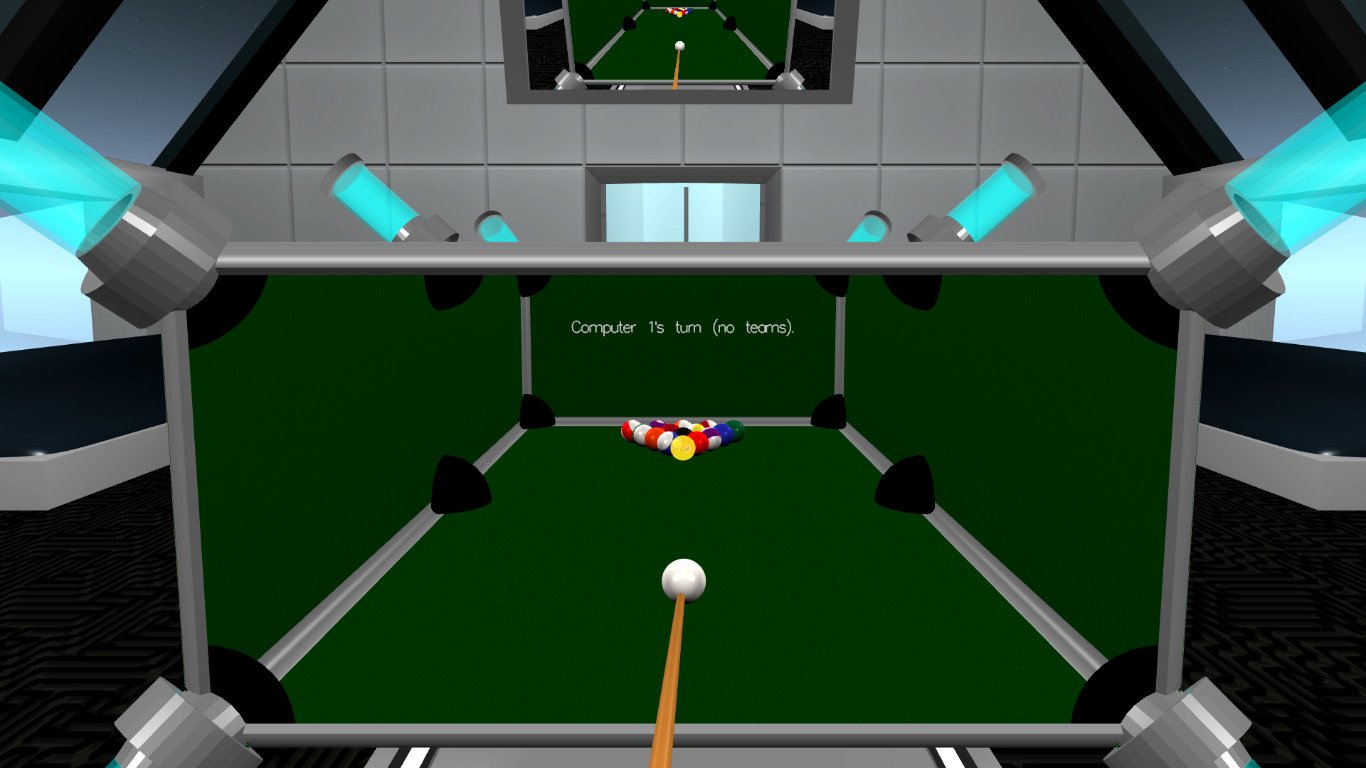 Zero Gravity Pool is a new sci-fi spin on an old classic. Featuring a gravity-neutralizing pool table, the game of billiards is finally promoted to the third dimension! Find new and challenging trick shots in geometries never before imagined.

Play using your virtual reality (VR) system, with a gamepad, or mouse and keyboard.

Play against the computer or another human.

We have also fixed support for desktop settings with over 100% magnification (right click Desktop->Display settings), and some other gameplay improvements. 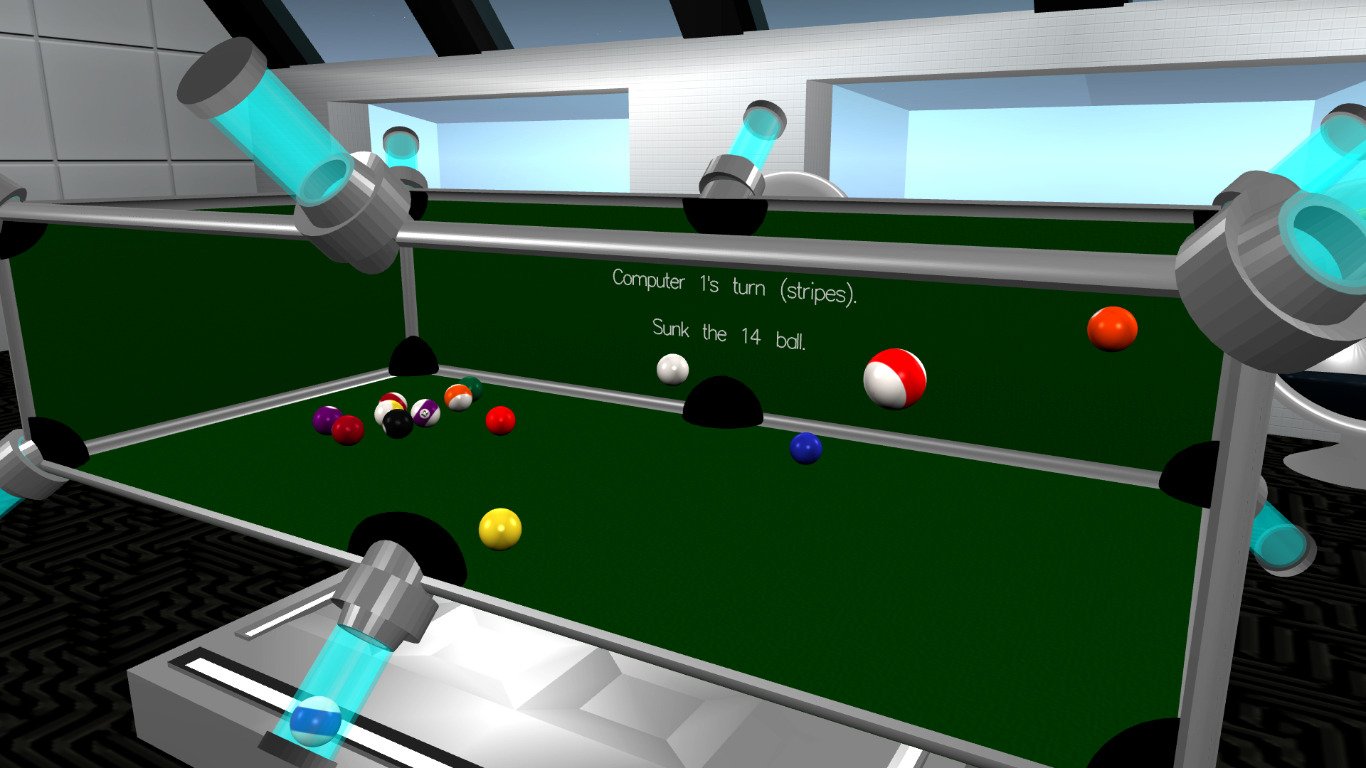 Greenlit
Oct 01, 2018
★★
Although it is unlike any other pool game available, in many ways, Zero Gravity Pool just doesn’t measure up. It is a great concept, but something is missing. Playing pool in the game just isn’t as fun as it should be. The game shouldn’t be easy, but it should feel natural. It’s possible that in the future, they will recalibrate this mechanic, but until then, if you’re in the mood for billiards, you may want to stick with the something simpler.

[G51]️ NightDuty
Sep 14, 2019
★
Really poor controls. When placing the ball you will also hit it and give away your turn. Computer is somekind of sniper and not fun to play against. You are just standing there watching how the computer puts 5 balls away in a row.