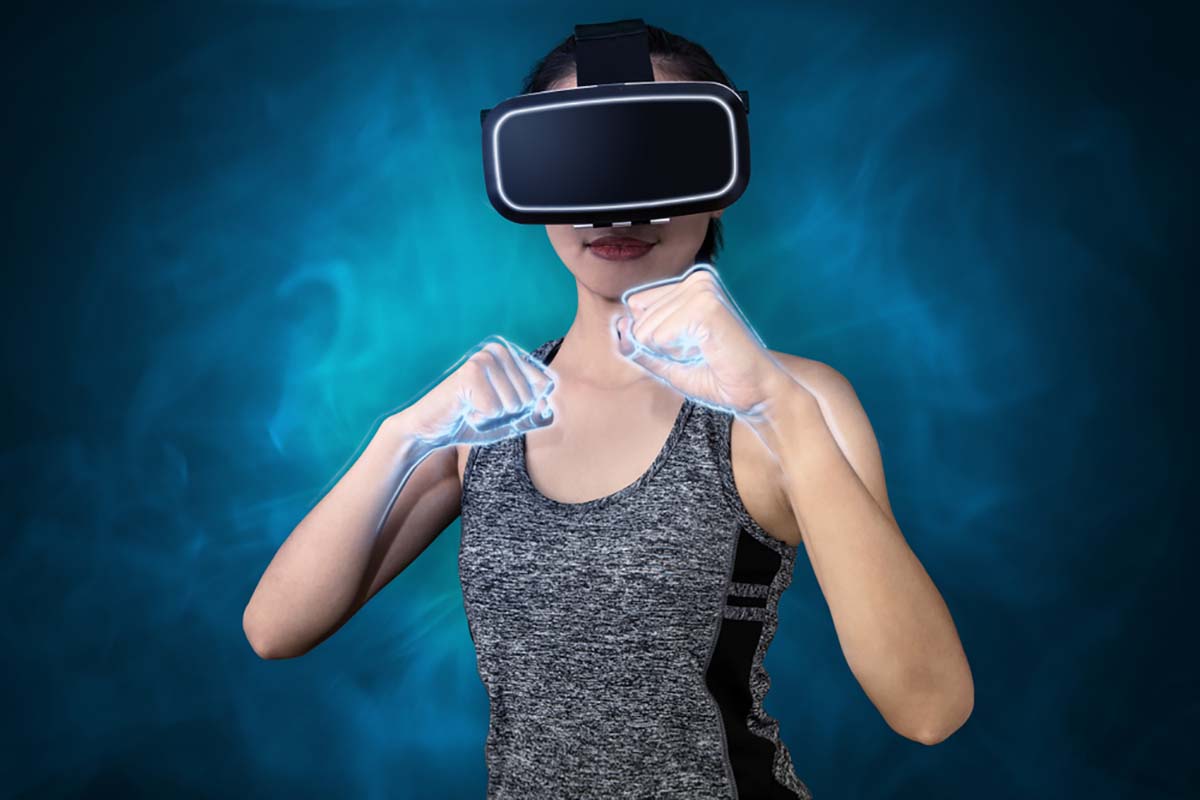 With virtual reality, you can recreate live sport in your home. Here we explore how you could use technology to bring the high-intensity battles of mixed martial arts into your living room.

MMA stands for mixed martial arts. You may have heard something that it is the fastest-growing sport in the world. As a relatively new sport, the size of its followers and the history of its champions is still minor in comparison to the NBA or NFL. Still, its rising popularity is worth acknowledging, and the recent fight between Floyd Mayweather and Conor McGregor has catapulted MMA into the spotlight. Now, the UFC (Ultimate Fighting Championship) is worth many billions of pounds and attracts a worldwide following.

MMA brings together many martial arts into one bout. The fighters can call on skills and techniques from boxing, kickboxing, karate, Jiu-Jitsu, Muay Thai, tae kwon do, wrestling and judo. This hybrid combat sport requires a mix of skill, speed, resilience and tactical savvy.

What are the basic rules to help you enjoy MMA?

MMA is generally fought in a cage or an enclosed metal fencing. Amateur fights are more likely to be fought on a mat. As it brings together fighter from different disciplines, there was for a long time no set of rules to govern MMA bouts. However, state commissions across the US came to gather to produce the Unified Rules of Mixed Martial Arts and these are now employed across the globe, most importantly, in the UFC.

A bout consists of three rounds of no more than five minutes. To win a match you can achieve a knockout, a points decision from the judges, a submission, a technical knockout when a doctor steps in, a forfeit, and then a no contest where a fighter breaks the rules. 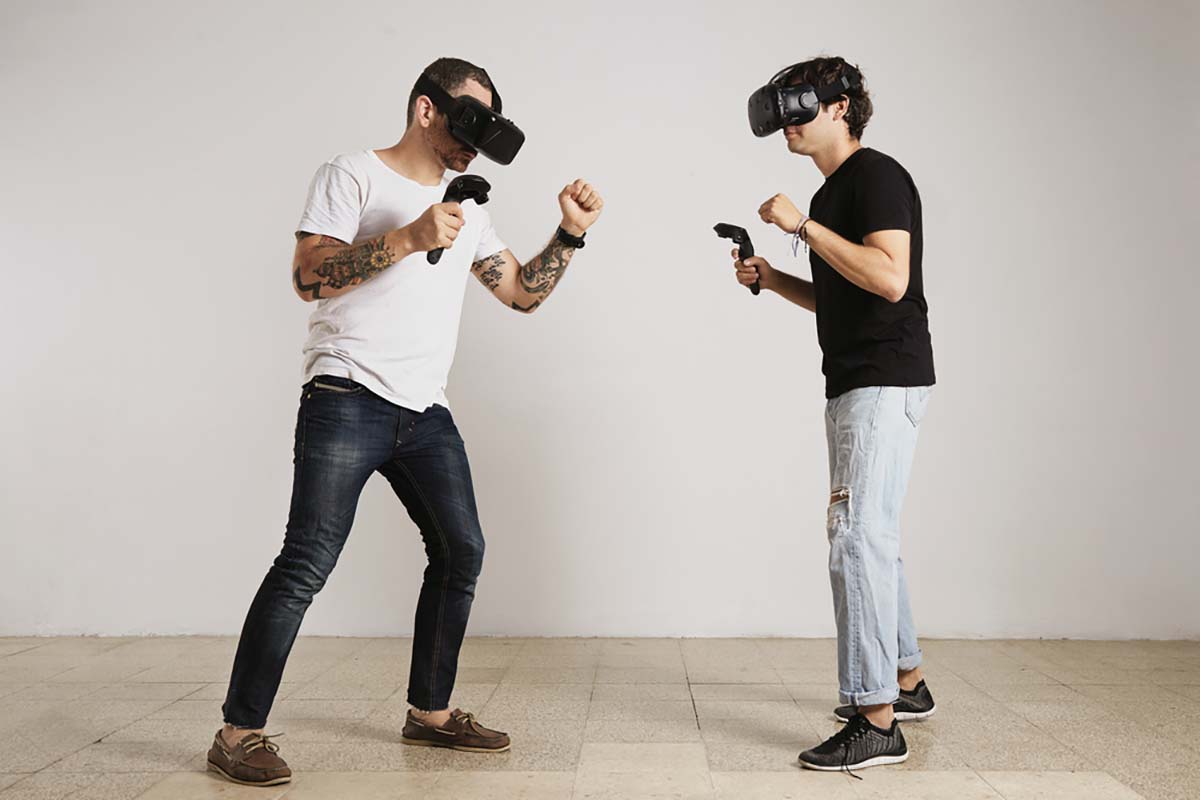 The power of virtual reality?

Imagine if you could have a three-dimensional computer-generated fight playing out in front of you. Virtual reality is a means of simulating an environment. Better still, with VR, it is possible to interact with this virtual world in a real or physical way. You can use specialised equipment to simulate interaction and record your actions using sensors.

Traditional VR only allows a one-dimensional view of the sport, dramatizing the fight right in front of your eyes. However, there are now more advance VR experiences Although the world of virtual reality is sensed through our sight and sound, this does not mean we cannot register physical touch through sensors. Consequently, we can experience an MMA fight in its full intensity through our headset and other user interface (UI) devices.

To get started with VR you need some basic kit. You can use some smartphones with virtual reality headsets. You will feel like you are putting on a huge pair of goggles. The VR apps will be run through your phone and then the environment recreated by the headset. If you want to get involved in the MMA fighting, you will also need more specialised kit to help register your hand and feet movements and register the hits you take – virtually, of course. 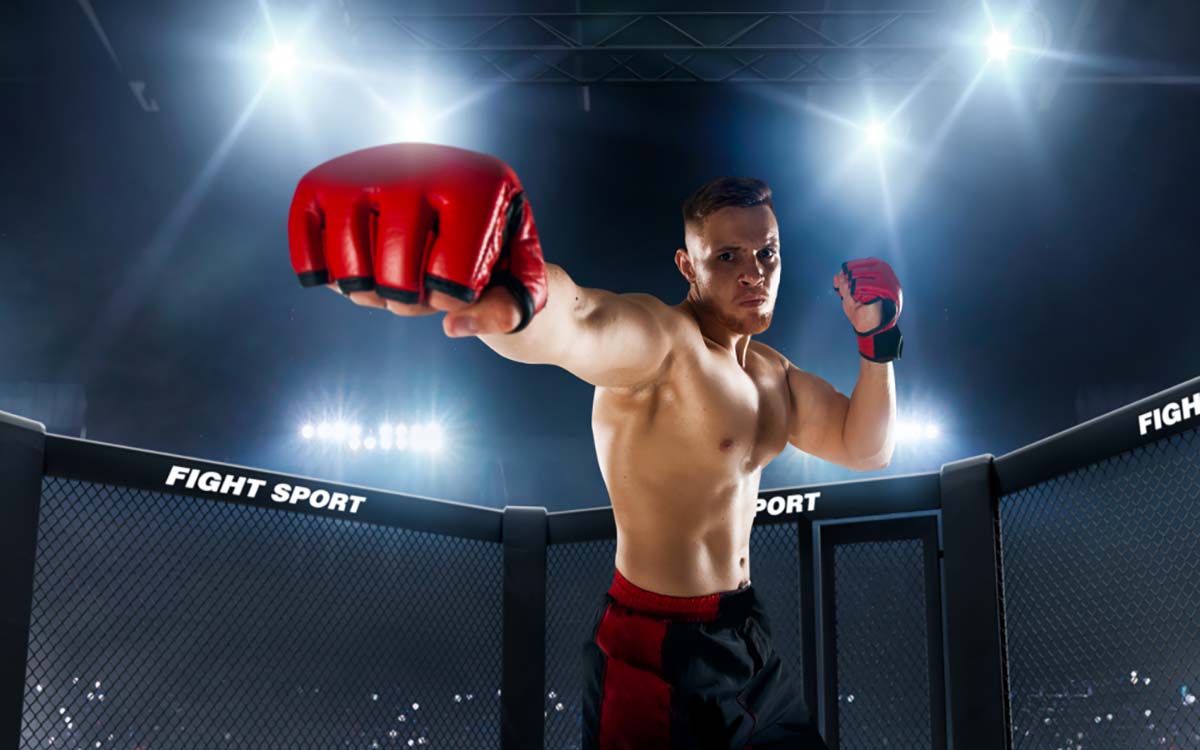 In 2016, Bloomberg noted that the MMA leagues had identified that VR had the potential to deepen the experience of MMA and increase fan loyalty. Existing fans will have a more intense experience and young audiences will be introduced to the MMA environment, without entering the intimidating atmosphere of an arena with a cage in the centre.

It is easy to see why MMR is perfect for Virtual Reality tech. Live sports broadcasters have long been trying to find a way of getting closer to the most dramatic action. Only a handful of lucky fans can get ringside views and even then the powerful action will feel too distant to appreciate the skill and the blows taken. Although being in the arena can give you a sense of the event, and the power of the atmosphere, it cannot help you to appreciate the sheer talent and skill on show.

A VR broadcast can always project the perfect angle and switch between the best shots because the viewer is in charge of the view of the action they choose. Although you can get caught up in one view or perspective and miss something vital, you are more likely to notice every blow and kick in the bout. It is the viewer being in charge of the action they see that makes VR and MMA such a powerful mix. A director of a traditional broadcast might be able to give you some of the best action, the cameraman is still at a distance and the experience is still relatively two-dimensional. This passive experience will feel quite dull in comparison to a VR broadcast.

To maximise the power of the MMA brand, the leagues have promoted individual personalities to raise the profile of VR and MMA. Personalities such as Ronda Rousey and Kimbo Slice have become household names.

Getting in on the MMA action with VR

VR Fitness Insider reported in September 2019 that UFC fighter and MMA star Misha Cirkunov has been using VR technology to train for his fights. The fighter claims that virtual reality allows him to simulate a bout in a way that cannot be achieved in the gym. He notes that the lights and the crowd are essential elements of competition and without these, you can never feel the pressure you would face in a real fight.

This use of VR to change your perspective of MMA makes it relatively unique in the world of sports. A lot of other franchises have been using VR to capture some of the passion and intensity of live-action. However, leagues such as those own by media giant Viacom, the Bellator MMA, have used the tech to allow for a behind the scenes experience. The user can become part of the fighter’s pre-bout routines, the practice rounds and participate in the training regimen they undertake.

Fighter Cirkunov uses the app Creed: Rise to Glory which puts the gloves on the user’s hands. He claims that after 30 seconds of training with the app you have a raised heart rate and are dripping sweat. You can begin to lose the fight and experience the energy and power it takes to overcome the intensity of blows taken during a bout. There is no chance of getting hurt but you will experience the pressure of oncoming attacks and the energy it takes to counter these.

Creed: Rise to Glory is an immersive experience and you will enjoy the interaction with characters from the movie. However, BoxVR is another VR app that allows you to undertake fight-based routines at your skill level and then track your calories burned during the workout. Although boxing is only one discipline in this mixed martial arts, it can really help you to capture some of the intensity of the fight in your home.

The future of MMA is likely to be ruled by technology and artificial intelligence. AI would allow virtual fighters in your virtual reality MMA ring to have consciousness but no physical body. It is possible that the tech will get so smart that there will be no need for humans to participate in the VR broadcast of an MMA bout. Equally, if you join in with the fighting, it could be that you have a powerful and realistic experience of fighting a computer-generated fighter that is able to learn and adapt to your moves.

More likely, in the short term, the three-dimensional experience of VR and the MMA ring will be enhanced. There will also be data to allow you to track the power and ferocity of the experience and reflect on the strengths and weaknesses of individual fighters. The tracking of the action will also be improved with the use of drones, which should be able to move intuitively with the action.

In short, MMA and VR offer an exciting future for sports fans. It is a sport that shines when you are up close and personal with the action.