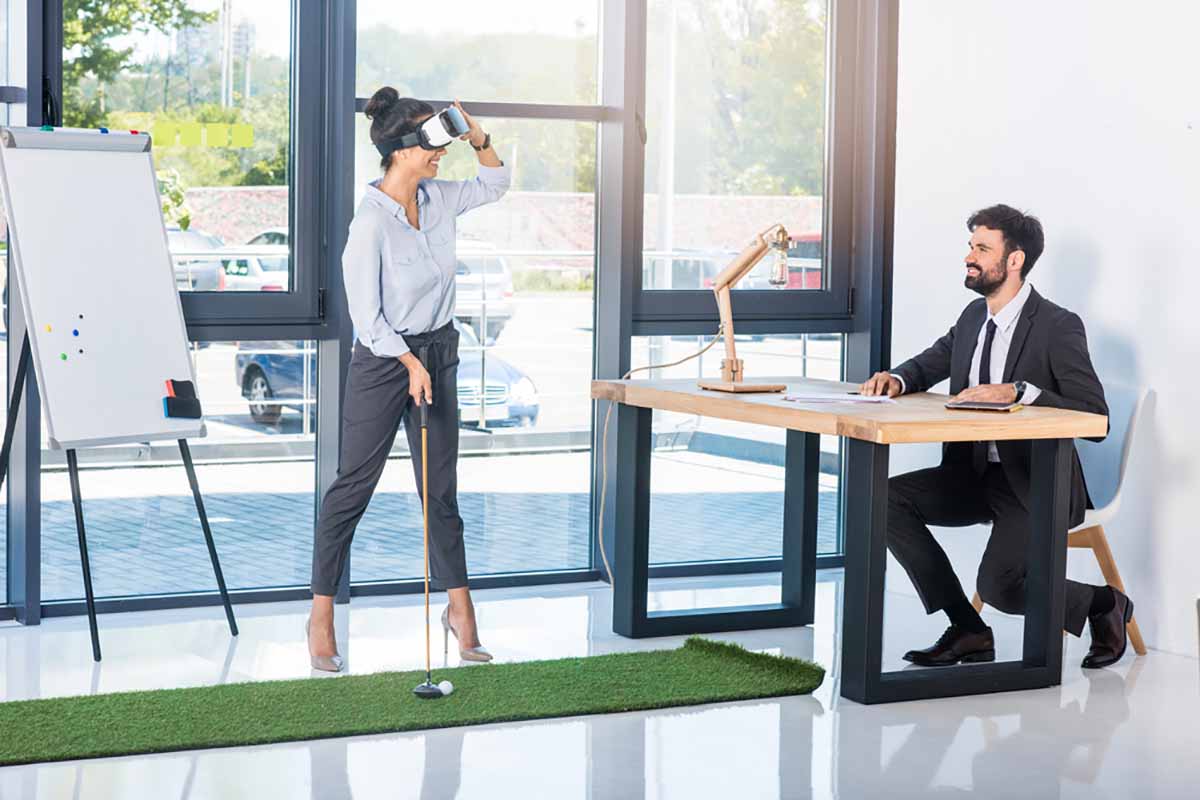 Despite the recent impact from the global COVID-19 pandemic, the demand for virtual reality (VR) keeps increasing. However, worldwide shipments and distribution is set to decline in the first half of 2020, due to the outbreak. The International Data Corporate expects a year-over-year decline of up to 24.1%, although, when production does ramp up again during mid-year, total shipments are expected to surpass 7 million units for 2020.
With factories operating in a lower capacity, the demand for VR is rapidly increasing, as people have to stay indoors, looking for innovative ways to enjoy gaming and entertainment with family and friends. This leads to supply shortages at the moment, although we’ll see a drastic turnaround as soon as production goes back to normal.
VR is undoubtedly a very popular technology and companies are finding innovative ways of improving their products and launching new solutions to the market. 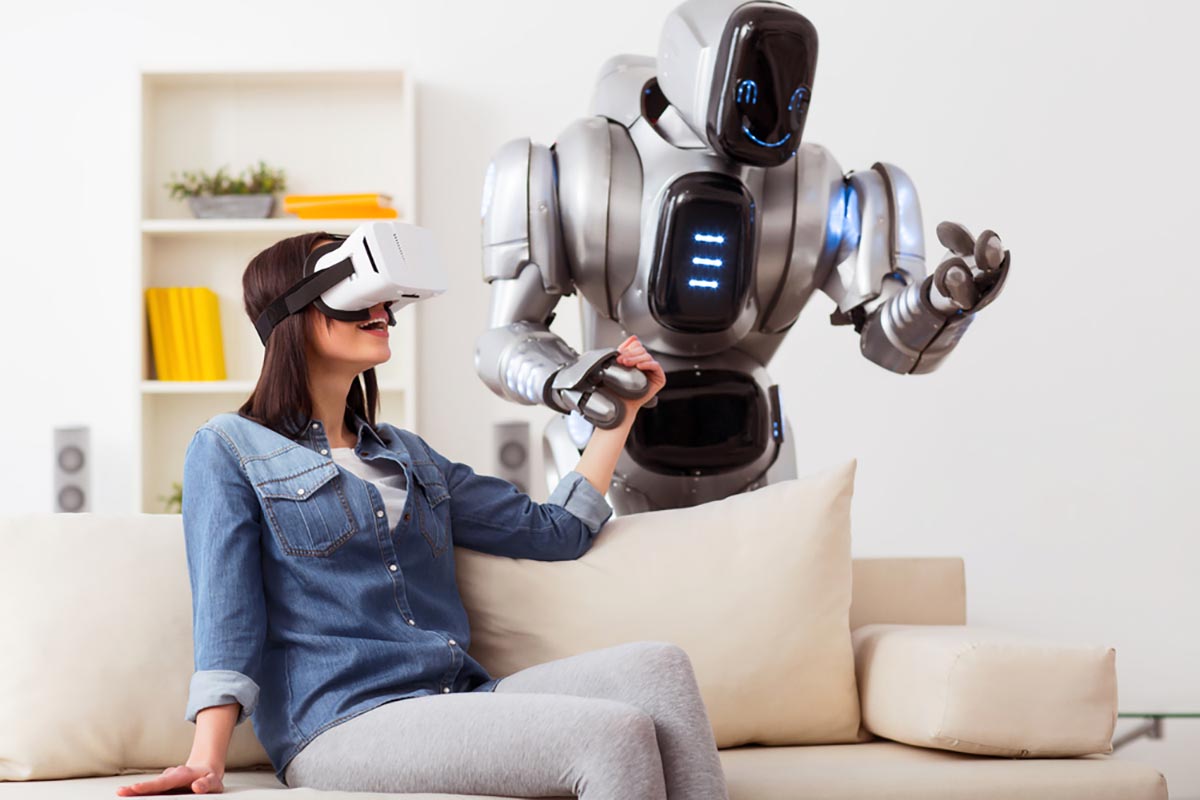 In an effort to boost the country’s status as a global leader for virtual reality production, Taiwan has launched a grant scheme. The scheme offers funding to projects that are created by Taiwan-based companies, but excluding those based in Macau, Hong Kong and mainland China.
Offered under the Taiwan Creative Content Agency (TAICCA), the Immersive Content Grant is a three-year grant that will support projects in two different categories, products and prototypes. Project category grants will offer up to NT$3.5 million ($116,000) in funding, while the prototype category will receive up to NT$1 million ($33,000). The aim of this grant is to connect companies based in Taiwan with partners outside of China.
Companies located in other countries must provide proof that they are not controlled by, or invested in, organizations, institutions or citizens in the People’s Republic of China.
Taiwan already has a firm position to develop hardware for VR, with HTC being one of the most popular tech giants and a leader in the manufacturing of headsets. Faith Hsu, a project manager at TAICCA, said that they are already a global hub and Taiwan has seen a lot of post-production processing for animations, games and VR films during the last 10 years. They feel they need original content and established this grant to help companies develop new and original stories.
The Venice Film Festival saw no less than eight projects competing for last year’s VR category, all produced by Taiwanese talent.

The startup Roto VR has raised funding of £1.5 million in a Pembroke VCT-led funding round. The round also included the FSE Group-managed TVB Growth Fund. The company markets an interactive 360 degree chair, designed to make VR more accessible to a broader audience.
Many people have turned to gaming and VR while facing extended lockdown periods as a result of the global COVID-19 pandemic that left them with plenty of available time on their hands.
Roto VR was founded by industry experts Gavin Waxkirsh and Elliott Myers in 2015 and the chair addresses some of the issues that can arise while using VR in a seated position, including tangling cables and motion sickness. The chair also enhances the experience overall with vibration feedback. The chair is motorized and can also support auto-rotation while the user is looking around, allowing for a complete 360 degree view. All of these features allow a user to stay in the simulation for longer periods of time.
Devices such as keyboards and mice are supported by the built-in desktop, turning this into a 360 degree desktop computing experience. The chair is compatible with all movies and games, most VR head mounted displays, and additional accessories like joysticks and racing heels.
CEO of Pembroke Investment Managers LLP, Andrew, Wolfson, said that they found an entrepreneur in Elliott and believe that he provides a solution that addresses the physical challenges people face when consuming VR content, while also enhancing the overall user experience. He believes that future customers would include B2B and B2C markets.

Rebuff Reality, a company that manufactures accessories for VR headsets such as the popular VR Power battery pack, has launched a kickstarter campaign for VR Ears. This solution aims to provide a similar type of audio experience as the Valve Index, a powerful off-ear speaker that provides realistic sound, sitting just outside of the ears. The quality of the sound provides you with a realistic feel for the virtual world, while still allowing you to hear occasional sounds from your real-world environment.
While some VR headsets feature earbuds that sit inside the ear, others provide integrated audio that fits to the device’s strap. Although both of these solutions work, they are not ideal and this is where VR Ears offer a superior solution.
Rebuff Reality suggests that VR Ears will be compatible with many popular headsets, including HTC Vive, Oculus Quest, Oculus Rift S, Pimax 8K, PSVR, and others. The company added a Digital Signal Processor, a high efficiency Digital Amplifier, and a lithium polymer battery that lasts up to eight hours. This is to help reach the optimal sound pressure level in the ear.
There is currently a backorder for VR Power and according to the company, the recent COVID-19 pandemic has impacted their ability to manufacture and deliver the product. They will provide updates for both VR Ears and VR Power in coming weeks.

VR is rapidly evolving and bringing gaming technology to our homes. Visit https://vrgal.net/ to get the latest virtual reality news from around the world.